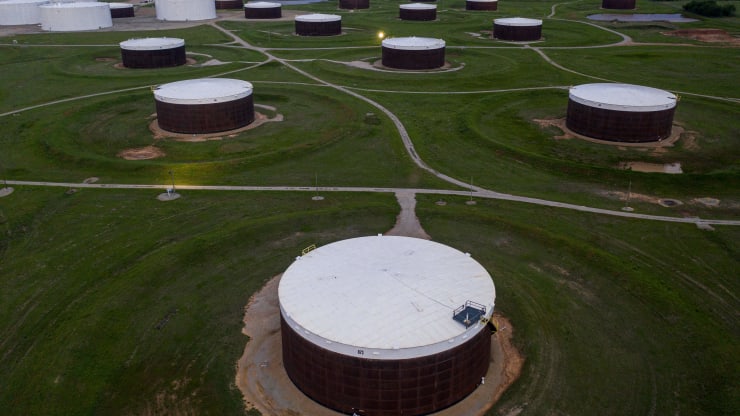 Oil fell below $40 a barrel on Friday as drawn-out vote counting in the U.S. presidential election kept markets on edge and new lockdowns in Europe to halt surging COVID-19 infections sparked concern over the demand.

In the U.S. election, Democratic presidential candidate Joe Biden took the lead over President Donald Trump in Georgia and Pennsylvania on Friday, edging closer to winning the White House as a handful of states continue to count votes.

Three days after polls closed, Biden has a 253 to 214 lead in the state-by-state Electoral College vote that determines the winner, according to Edison Research. Winning Pennsylvania’s 20 electoral votes would put the former vice president over the 270 he needs to secure the presidency.

Coronavirus cases in the United States surged by at least 120,276 on Thursday, according to a Reuters tally, the second consecutive daily record rise as the outbreak spreads in every region.

Italy recorded its highest daily number of COVID-19 infections on Thursday while cases surged by at least 120,276 in the United States, the second consecutive daily record as the outbreak spreads across the country.

Diminishing prospects of a large U.S. stimulus package were also weighing on the market.

U.S. Senate Majority Leader Mitch McConnell said on Friday that economic statistics including a 1 percentage point drop in the U.S. unemployment rate showed that Congress should enact a smaller coronavirus stimulus package that is highly targeted at the effects of the pandemic.

“Crude oil is very sensitive to the stimulus expectations, which just took a hit for the worse,” said Bob Yawger, director of energy futures at Mizuho. “The coronavirus situation is as negative a demand indicator as you can get,” he said.

Providing some support, the Organization of the Petroleum Exporting Countries (OPEC) and allies including Russia, a group known as OPEC+, could delay bringing back 2 million barrels per day of supply in January, given weaker demand after new lockdowns.