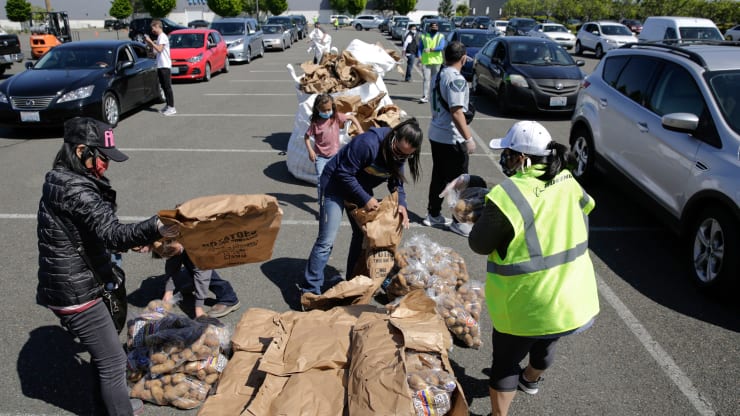 The number of unemployed workers continues to fall, reflecting a rebound from the deep economic hole gouged out by the coronavirus pandemic in the early spring.

But a sinister trend is churning under the surface.

Long-term unemployment — a period of joblessness lasting more than 27 weeks (or, six months) — is accelerating quickly.

It’s an important metric because workers who remain out of a job for this long enter a financially precarious period, according to labor economists.

In October, about a third of the roughly 11 million jobless workers were long-term unemployed, the Bureau of Labor Statistics reported Friday.

That’s a big jump from the prior month, when 19% of the unemployed were out of work for at least six months. The number of long-term unemployed swelled by 1.2 million people in a month, to 3.6 million in October.

October’s ratio is also quickly approaching the peak hit in the aftermath of the Great Recession, when about 45% of unemployed workers were out of work more than half a year.

This is occurring even as the overall unemployment rate fell to 6.9% last month, from 7.9% in September, and the economy added 638,000 nonfarm jobs, according to the Bureau of Labor Statistics. The dip in unemployment was largely a result of furloughed workers (those on temporary layoff) getting recalled to their jobs.

“Long-term unemployment is a serious issue for people,” said Andrew Stettner, a senior fellow at the Century Foundation.

For one, these individuals are more likely to have depleted personal savings and other financial resources after half a year without job income, Stettner said.

While there’s evidence that workers collecting jobless benefits were able to build up a cash buffer over the spring and summer, largely due to a $600 weekly enhancement to benefits, that infusion ended in July and workers had to dip into savings.

They spent two-thirds of that accumulated savings in August alone, according to a report published last month by JPMorgan Chase.

States also pay traditional unemployment insurance for a maximum 26 weeks — meaning the long-term unemployed have generally exhausted their entitlement to any benefits.

The federal CARES Act coronavirus relief law offered an extra 13 weeks of benefits to workers. But that will end after December absent congressional action.

Most states are currently paying additional weeks beyond that through “extended benefit” programs. But at least half a dozen states have stopped paying those as their unemployment rates have improved, and many others will likely follow suit by the end of the year, Stettner said.

Further, being out of work for more than six months makes it harder to find a new job. Employers are less likely to hire such workers, at the same time that job networking becomes more difficult and worker skills may start to erode, Stettner said.

The number of unemployed workers exceeds job openings by a roughly 2-to-1 margin, making jobs hard to find, too.

And, in another concerning trend, job growth has slowed considerably since May.