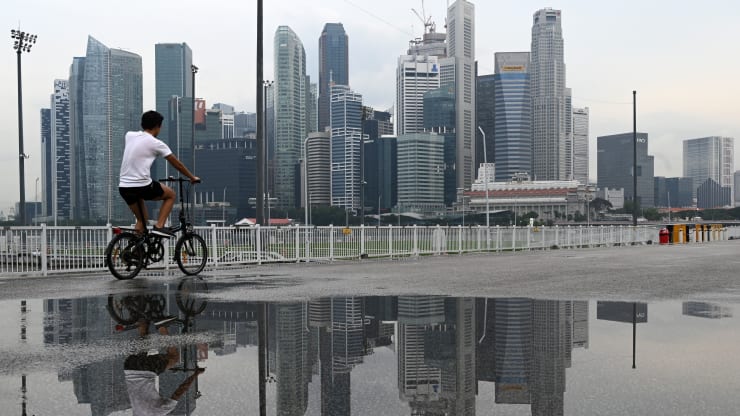 SINGAPORE — The top three lenders in Singapore are scheduled to release their third-quarter financial results this week, with analysts expecting further hits to earnings from sustained low interest rates globally and the pandemic-induced economic recession.

The smallest of the trio, United Overseas Bank, will report earnings on Wednesday. The other two banks, DBS Group Holdings and Oversea-Chinese Banking Corp, will release their report cards on Thursday.

Analyst estimates compiled by Refinitiv showed that DBS — Southeast Asia’s largest bank by assets — would report the smallest decline in net income, while UOB would experience the biggest fall.

Here are the forecasts for several main financial metrics, according to Refinitiv:

Despite the expected earnings hit, some analysts said the results may show improvements in specific areas. That’s because Singapore and several other Asian markets that the banks operate in have reopened much of their economies following earlier lockdowns aimed at containing Covid-19.

“Stronger fees and lower credit charges may position DBS with the highest potential of surprising on the upside, while UOB with the least,” said Thilan Wickramasinghe, an analyst from brokerage Maybank Kim Eng.

Concerns about bad loans building up have also abated for now, as home market Singapore allows certain cash-strapped individuals as well as small- and medium-sized companies to defer loan repayments for longer than initially planned.

Beyond the third-quarter financial metrics, analysts said they’re watching for the banks’ commentary on business prospects in the coming months.

Krishna Guha, an analyst from Jefferies, singled out the outlook for loan growth — particularly for Hong Kong and the so-called Greater Bay Area — as one area that he’s watching. The Greater Bay Area refers to a cluster of Southern Chinese cities and the two special administrative regions of Hong Kong and Macao.

“We look forward to commentary on loan growth in HK/GBA and broader themes such as infrastructure, supply chain shifts and digitalization,” he said in a recent report.