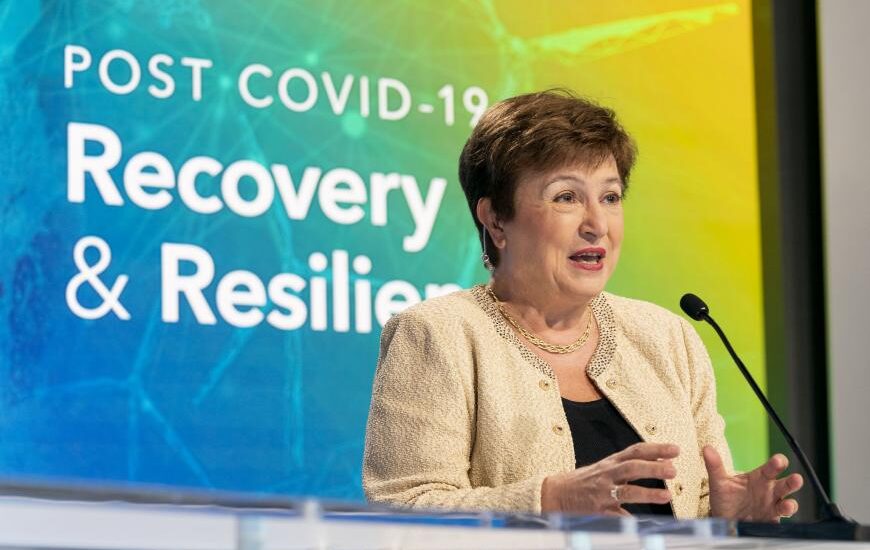 This was a year like no other for the International Monetary Fund (IMF)-World Bank Annual Meetings, which took place virtually earlier this month. A crush of panels, briefings, and townhalls painted a searing picture of the havoc the Covid-19 pandemic has wrecked on the global economy: Poverty is rising for the first time in decades and inequality is climbing. But even as the virus continues to leave a trail of death and disruption, many governments are ending support for millions now facing hunger or eviction.

Listening to IMF chief Kristalina Georgieva offering her now-familiar vision for turning this crisis into an opportunity for building more resilient and equitable economies gave me both hope and despair.

Georgieva repeatedly exhorted governments to continue to support workers, especially in the informal sector, even after the economy slowly begins to recover. Invest in health care, education, and green technology. Modernize tax codes, including closing tax loopholes that benefit the rich, consider a wealth tax, prioritize taxing capital over labor, and consider a carbon tax. Govern transparently and fight corruption.

But hope for this vision is dimmed by the reality of IMF programs, which continue to condition loans on governments achieving fiscal consolidation targets that all but force them to impose austerity measures, which hurt the poor and fuel inequality. What faith can we have that the IMF will insist governments fill budget gaps by taxing the rich when it continues to push value-added taxes – a regressive tax that hits people with low incomes particularly hard?

With many countries still living the painful consequences of the IMF’s mistakes during the 2008 recession, it’s  encouraging to hear Georgieva offer an alternative vision. But hope will turn to despair without global support within the IMF – especially the United States and Europe – to turn rhetoric into reality.

IMF policy and programs are developed through a complicated process and require the approval of an Executive Board whose distribution of power heavily privileges Western countries. Together, the US and European countries are a few points shy of holding half the voting power, while 23 African countries share a single executive director who wields a mere 3 percent share.

If this is truly to be, in Georgieva’s words, a “new Bretton Woods moment,” it will require the commitment of the entire institution, as well as the governments who wield outsize power on its board.