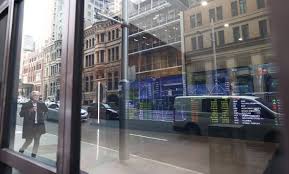 SINGAPORE — Stocks across Asia-Pacific were mostly down by the close on Friday, amid dampened sentiment on the coronavirus front.

Meanwhile, the U.S. dollar strengthened as uncertainty rose with investors flocking to the haven currency.

Over in Hong Kong, the Hang Seng index jumped 1.04% by the afternoon.

But markets were mostly down in other regional markets.

Rio Tinto, the world’s largest iron ore miner, posted a 5% drop in third-quarter shipments, and warned that the rate of recovery could slow further in most economies.

“Recent high-frequency data suggests that the rate of recovery in growth is slowing in most economies, with pentup demand dissipating, and the rise of renewed lockdowns threatening recovery,” it wrote in its third-quarter operations review released on Friday morning. Its ASX-listed stock fell 0.85% by the close.

Stateside, stocks fell for a third day in a row on Thursday as hope for a U.S. coronavirus stimulus deal fades, while infections across Europe surged.

“Markets fear a slowdown in activity as new virus cases rise. Europe has reported its highest weekly numbers of new cases. More than half the European countries are now labelled as red, meaning travel restrictions are in place and more lockdowns are being introduced,” said Adelaide Timbrell, economist at ANZ Research, in a Friday note.

Meanwhile, sentiment was further dampened on the employment front in the U.S. The Labor Department said Thursday there were 898,000 first-time filers of jobless benefits in the prior week, higher than a Dow Jones estimate of 830,000.

Amid the negative sentiment, the U.S. dollar markedly strengthened against other major currencies.

The U.S. dollar index, which tracks the greenback against a basket of its peers, was at 93.764, jumping from levels above 93.4 the previous day.

“The USD is broadly stronger with the risk off mood resulting in a safe haven bid on the greenback,” wrote Rodrigo Catril, senior foreign exchange strategist at the National Australia Bank.

The Japanese yen traded at 105.27 per dollar, strengthening slightly from earlier. The Australian dollar changed hands at 0.7090, falling back from above 0.71 in previous days.