Pelosi asks airlines to pause furloughs, vowing additional aid, but no deal yet 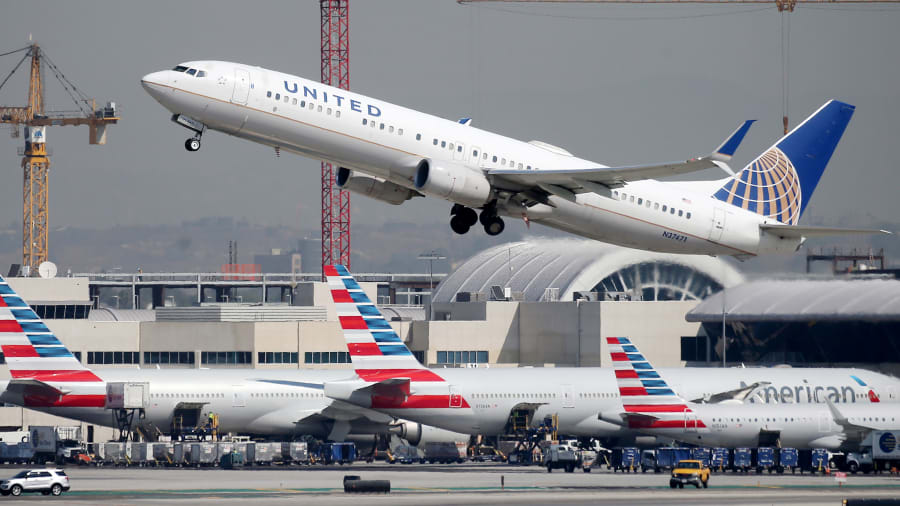 Airline stocks rallied Friday after House Speaker Nancy Pelosi vowed additional aid for the battered sector but an attempt by a key Democrat to get legislation approved in the chamber failed later in the day.

Pelosi had asked airlines to delay more than 33,000 furloughs that have already started this week after the terms of a $25 billion federal payroll support package passed in March expired. That aid, meant to help airlines cope with a plunge in bookings because of the coronavirus pandemic, prohibited job cuts until Oct. 1.

Pelosi said the additional aid could be part of a stand-alone bill just for airline support or broader coronavirus legislation.

“As relief for airline workers is being advanced, the airline industry must delay these devastating job cuts,” Pelosi said in a statement.

But Rep. Peter DeFazio, D-Ore., chairman of the House Committee on Transportation and Infrastructure, was unable to get through a vote by unanimous consent for legislation to provide more aid for airline payrolls.

Other options include another stand-alone bill that was introduced by two Senate Republicans last month and a potential broad coronavirus package that has been fraught with disagreements between House Democrats and the Trump administration.

Airlines have pleaded with lawmakers and the White House in recent weeks for $25 billion more to preserve jobs through March 2021 after a significant rebound in travel failed to materialize over the summer. The proposal for more federal airline support won bipartisan backing, but has been called into question after talks for a national coronavirus relief package that could include that faltered this week, prompting airlines to begin their furloughs.

Airline stocks gained on Pelosi’s comments. Shares of American Airlines, which Thursday started furloughing 19,000 workers, more than any U.S. airline, gained 3.3% to close at $13. United Airlines shares added 2.4% to end at $36.01. The Chicago-based carrier announced more than 13,000 furloughs this week.

The two airlines make up the vast majority of the planned furloughs and told employees this week that they would reverse course if Congress approves the additional $25 billion in payroll support.

“As we said earlier this week, we are eager to reverse the furlough process once Congress has passed legislation to extend the CARES Act Payroll Support Program, but they need to act quickly,” United said in a statement Friday. “We’re hopeful that the widely expressed, bipartisan support for saving airline jobs will lead to a legislative breakthrough soon.“

The tally of more than 33,000 furloughs starting this week doesn’t reflect the extent of the job loss hitting the airline industry. Tens of thousands of other employees accepted buyouts and temporary leaves of absence that airline executives urged as they scrambled to cut costs.

Southwest Airlines doesn’t expect to have to furlough workers this year for that reason but CEO Gary Kelly warned employees Thursday that without additional aid, job and pay cuts are possible in the future. Delta Air Lines CEO Ed Bastian said the carrier doesn’t expect to furlough workers, with the exception of pilots, though it’s negotiating a cost-cutting plan with the pilots’ union.

More than 17,000 of Delta’s workforce opted to leave the company permanently, about a fifth of its pre-pandemic staff.