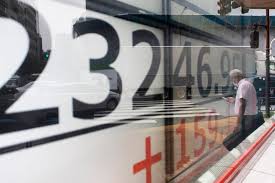 Despite the positive performance of overall durable-goods orders, the major categories of durable goods shown in the report had mixed results in the latest month.

New orders for nondefense capital goods excluding aircraft, a proxy for business equipment investment, rose 1.8 percent in August after gaining 2.5 percent in July, putting the level at $67.7 billion. This important category had been in the peak $65 to $70 billion range for several periods over the past 15 years before dropping to $61.3 billion in April 2020. The $61.3 billion pace was the slowest since August 2017 (see first chart).

Despite the positive performance of overall durable-goods orders, the major categories of durable goods shown in the report had mixed results in the latest month. Among the individual categories, primary metals rose 1.2 percent, fabricated metal products fell 1.3 percent, machinery orders were up 1.5 percent, computers and electronic products increased 1.2 percent, electrical equipment and appliances declined 1.5 percent, transportation equipment orders rose 0.5 percent, and the catch-all “other durables” category was up 0.6 percent. Furthermore, while all the categories fell sharply in March and April, only four categories are above their February 2020 level as of August: nondefense capital goods excluding aircraft, computers and electronic products, motor vehicles and parts, and all other durables (see second chart).

Nondefense aircraft remains the hardest hit category as orders totaled -$2.8 billion, the fifth month of net negative orders in the past six months. Net negative new orders represent cancellation of previously placed orders totaling more than total new orders for the period. Significant cancellations over the past few months have left unfilled orders for nondefense aircraft at $484.9 billion, the lowest total since May 2013.

The report on durable-goods orders reflects the continued positive effects of the reversal of government shutdown policies implemented in reaction to the outbreak of Covid-19. Extraordinary damage has been caused, but as government restrictions are eased, signs of recovery are developing in some areas of the economy. However, the recovery is very uneven across the economy and the pace has slackened in many areas, raising concern about the durability of the recovery.