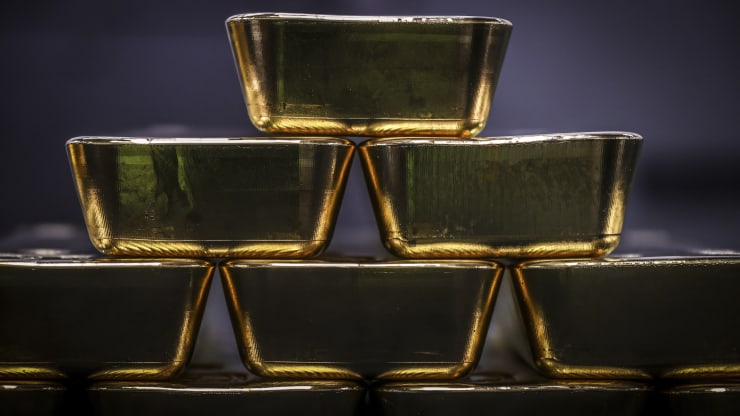 Gold prices rose on Friday, en route to a second straight weekly gain, as the dollar weakened and on concerns about economic recovery from the coronavirus crisis.

“We’re seeing a slightly weaker dollar, although we’re still in a bit of range here. Gold prices should do better because the dollar will continue to weaken,” said Edward Meir, an analyst at ED&F Man Capital Markets.

“The path of least resistance is upwards because of the Fed, all the stimulus coming from global central banks (and) more fiscal stimulus if there’s deal in Washington; all the tailwinds are pointing in the direction for higher prices.”

The dollar fell 0.2% against rivals, making gold cheaper for holders of other currencies. The U.S. Federal Reserve vowed on Wednesday to keep interest rates near zero for a long time, while the United States considered a proposed $1.5 trillion coronavirus aid bill.

Lower interest rates, which reduce the opportunity cost of holding non-yielding bullion, and widespread stimulus measures have helped gold gain over 28% this year as it is seen as a hedge against inflation.

“We believe the balance of risks remains to the upside for gold and expect prices to average $2,000 per ounce in Q4-2020 and $2,125 next year,” said Standard Chartered analyst Suki Cooper.

“Barring short-term corrections, negative real yields and a weaker dollar, alongside the unprecedented stimulus, create a favourable macro environment for gold and are likely to be the key price drivers over the coming months.”