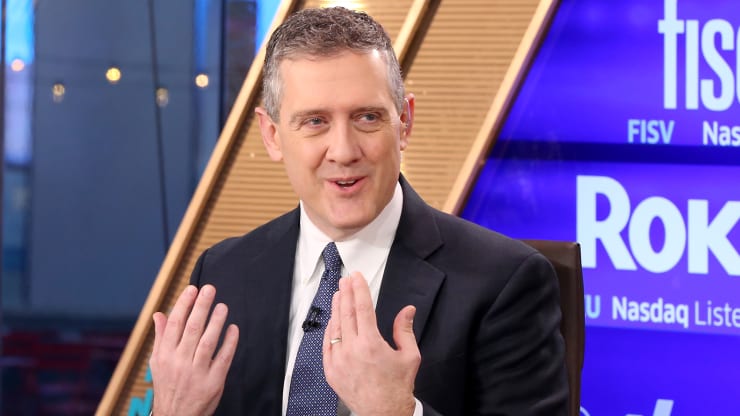 St. Louis Federal Reserve President James Bullard offered an optimistic look on the U.S. economy, with “off the charts” growth that will help lift inflation.

Bullard also said he sees the unemployment rate falling to 6.5% by the end of the year, an estimate well below the median projection of 7.6% that his Fed colleagues released earlier this week. Unemployment in August was 8.4%, down from the pandemic peak of 14.7%.

“This is the biggest growth quarter of all time in the U.S.,” he said Friday during a moderated discussion with the Boeing Center for Supply Chain Innovation. “It looks like 30% at an annual rate. Crazy number, way off the charts compared to anything we’re used to in U.S. post-war macroeconomic history.”

That growth, Bullard added, will help the Fed meet its 2% inflation mandate.

Following this week’s Federal Open Market Committee meeting, officials released a statement expressing their commitment to a goal that the central bank has missed since setting the target in 2012.

Under the initiative, the Fed has pledged not to raise rates until inflation has surpassed 2%, even if unemployment slides to a level normally associated with pricing pressures.

“I think this will be quite successful,” Bullard said. “I actually think we’re at a moment where you may see some inflation now in in the future from several sources.”

He cited “less preemptive policies from central banks” as well as the large government budget deficits often associated with inflation and the economy growing at a rate “that doesn’t happen every day.”

U.S. gross domestic product contracted at a 31.7% annualized pace in the second quarter, owing to the unprecedented economic shutdowns instituted to slow the coronavirus pandemic. The Atlanta Fed’s GDPNow tracker is showing the potential for a 32% growth rate in Q3.