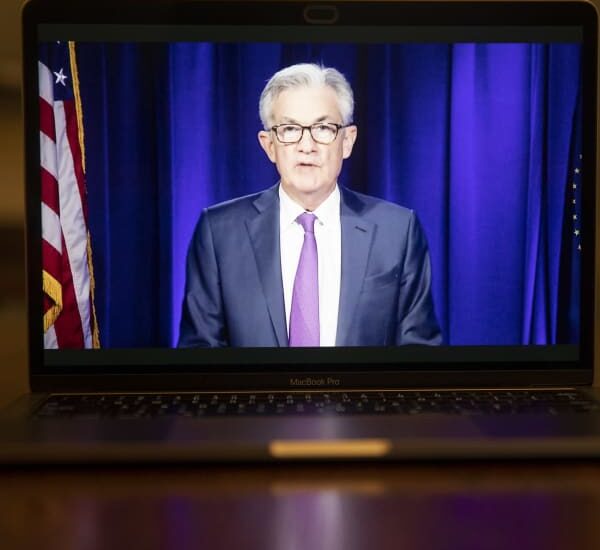 European markets are following their counterparts in Asia and the U.S. lower as traders digested the Federal Reserve’s pledge to keep rates low over the next few years.

The pan-European Stoxx 600 dropped 0.8% in early trade, banks falling 1.8% to lead losses as all sectors and major bourses slid into the red.

European markets are following their counterparts in Asia and the U.S. lower as traders digested the Federal Reserve’s pledge to keep rates low over the next few years.

Members of the Federal Open Market Committee indicated the U.S. overnight rate could stay anchored to the zero-bound through 2023 as the central bank tries to spur inflation. In a statement, the committee said: “With inflation running persistently below this longer-run goal, the Committee will aim to achieve inflation moderately above 2% for some time so that inflation averages 2% over time.”

Normally, the prospects of lower rates for a prolonged time period spur buying in equities. However, that was not the case on Wednesday. The S&P 500 and Nasdaq both closed lower and the Dow ended well off its session high.

Meanwhile in Asia, the Bank of Japan kept monetary policy steady on Thursday.  In its monetary policy statement, the BoJ said the Japanese economy has started to pick up but remained in “a severe situation” due to the impact of the coronavirus pandemic at home and abroad.

In Europe, investors will be watching out for any policy guidance from the Bank of England which is also meeting Thursday. No changes to the bank’s monetary stance are expected today.

In terms of individual share price action, IG Group shares jumped more than 6% in early trade after the online trading platform recorded a spike in revenues for the first quarter of fiscal year 2021. Grenke climbed more than 9% to lead the Stoxx 600, halting a heavy week of losses arising from fraud allegations by short-seller Viceroy Research, which the German business bank has vehemently denied.

At the other end of the European blue-chip index, mall operator URW fell 6.7% after a 3.5 billion euro ($4.1 billion) rights issue.