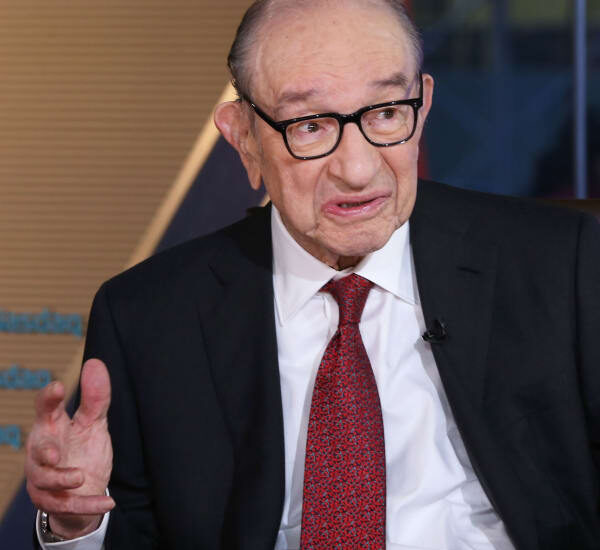 Former Federal Reserve Chairman Alan Greenspan said his biggest economic concerns in the U.S. are inflation and the budget deficit.

“My overall view is that the inflation outlook is unfortunately negative and that’s essentially the result of entitlements crowding out private investment and productivity growth,” Greenspan said in an interview Thursday on CNBC’s “Squawk on the Street.”

It was the first televised interview the “Maestro” has given since the coronavirus pandemic hit in March.

Speaking about the virus, Greenspan said, “We know very little so we pretend a great deal.”

On the budget deficit, he said the federal government’s spending imbalance is “getting out of hand.” Through July, the fiscal 2020 shortfall totaled $2.45 trillion, the byproduct of intensified government spending to get the economy through the pandemic-associated shutdown.

“We do have a great deal of knowledge on the extraordinary increase in the size of the retirement area,” he told CNBC. “We are if anything underestimating the size of the budget deficits that are down the road.”

As the U.S. has struggled with its fiscal problems, the Fed has kept interest rates low and most recently committed to bringing inflation up to its 2% goal. The central bank has indicated it will not raise rates even if inflation runs above the goal for a period of time and unemployment hits levels generally associated with higher cost pressure. Inflation has been running consistently below the 2% level for most of the past decade and more recently was closer to 1%.

“I don’t want to get involved and stick my nose in any of these things,” he said. “I think that so far from what I can judge things are going well there.”