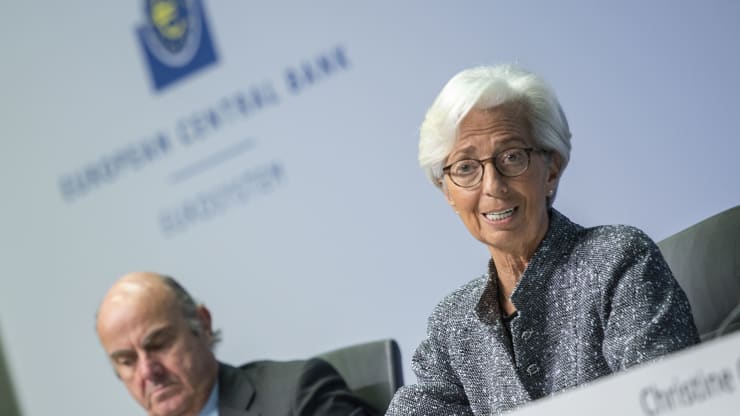 Market watchers believe the European Central Bank (ECB) could fine-tune its policies this week, and may even follow the Federal Reserve by revising its inflation targets in the longer term.

The ECB’s Governing Council will convene on Wednesday and Thursday to discuss its monetary policy stance and its assessment of the euro zone economy. Since its last meeting, economic data has shown signs of a slowing of the recovery, the euro has appreciated and core inflation slumped to a new record low in August.

While the majority of analysts don’t expect much policy action and think the ECB will wait until December, there is a remote chance of tweaks to its guidance this week, backed by new staff projections.

“In response to a downward revision of the medium-term inflation outlook, we expect the ECB to tweak its guidance at the Governing Council tomorrow,” said Florian Heise of Berenberg in a research note

“The ECB may stress more than before that the 1.35 trillion euro envelope of the PEPP (the ECB’s pandemic emergency purchase program) is a target not a ceiling.”

The single currency has appreciated considerably since its March lows making euro zone goods more expensive for the rest of the world and dampening price pressure from imported goods.

“The appreciation of the euro is starting to become a headache for the ECB,” said Dirk Schumacher, an ECB watcher with Natixis.

“While it has not reached a point yet where a majority in the Governing Council sees a need for action, we expect some ‘verbal intervention’ from President (Christine) Lagarde during the press conference, signalling the ECB’s willingness to ease policy further, should this be deemed necessary.”

To make things more complicated for the Frankfurt-based ECB, the Federal Reserve’s recent policy shift toward an average inflation target means lower interest rates for longer in the U.S. and more pressure on the dollar.ECB chief economist Philip Lane on the state of the European economy
What next for the ECB?
The ECB thinks highly analytically about current situations and future policy. Its chief economist, Philip Lane, hinted at a two-staged response at his Jackson Hole speech in August, suggesting the central bank’s crisis toolkit may not be enough to address persistently low inflation.

“The first stage is to counteract the negative shock to the expected inflation path caused by the pandemic: through an intense temporary phase of additional monetary accommodation, the PEPP (in combination with the other monetary policy instruments) is designed to accomplish this first-stage task,” he said on Aug. 27.

“Once the negative shock has been sufficiently offset, the second stage is to ensure that the post-pandemic monetary policy stance is appropriately calibrated in order to ensure timely convergence to our medium-term inflation aim.”

In other words, if there is not a surprise uptick in inflation in the next couple of months, then the ECB may be set for more easing in December.

Lane added that the Governing Council stands ready to adjust all of its instruments, as appropriate, something that was echoed by former ECB Vice President Vitor Constancio on Wednesday.

Speaking to CNBC, Constancio said it was unlikely that the central bank would act on Thursday at the culmination of its two-day meeting but said that the ECB could even follow the Fed with the revision of its inflation target.

“It is very likely that the ECB and other significant central banks will follow the Fed on that, because coming out of such (a) type of crisis, there may be price spikes, which are not necessarily inflation. But it is important that monetary policy is seen as allowing, temporarily, headline inflation going above the target,” he said.