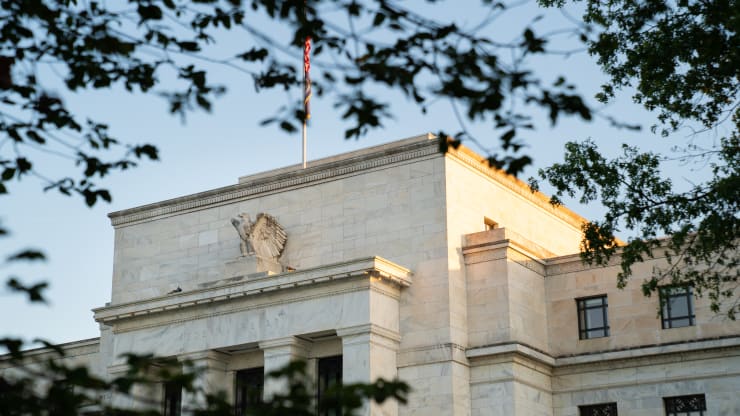 Certain often-overlooked markets may be telling us that the Fed’s new policy framework is going to have some immediate unintended consequences.

While that may be a bold claim, there is hard evidence that some changes are already reshaping the economic and inflation outlook. The Fed’s new policy framework is having a pronounced effect on inflation expectations even though the economy remains mired in the deepest recession since the 1930s.

It’s true that manufacturing numbers out this week were stronger than expected and that third-quarter GDP is likely to rebound by 25%, after contracting by a nearly 32% annual rate amid the coronavirus lockdown in the second quarter.

However, that rebound rally in the economy, the stock market notwithstanding, appears to be tenuous at best, as relief funds from the federal government have expired, small businesses struggle and business and personal travel have stalled amid concerns that the virus does not yet have a cure.

In short, it’s hard to imagine that the U.S. economy will strengthen so rapidly and forcefully that the Fed’s old “dual mandate” of maximum unemployment and stable prices will, or can, be met simultaneously.

Still, 10-year inflation “breakevens,” a key measure of inflation expectations, have nearly quadrupled since March, commodity prices are soaring, and the dollar has fallen to a nearly three-year low and long-term interest rates are grudgingly pushing higher.

Let’s break this down: The 10-year inflation breakeven has gone from a half percent in March — as the stock market and economy hit their respective lows — to 1.73%, approaching the Fed’s formerly fixed 2% target. Lumber has surged from $250 per 1,000 board feet last year to over $900 today, amid an explosion in homebuilding and buying. (That is well above the price peak hit during the real estate bubble in the mid-2000s.) Copper has rallied above $3 per pound, a new 52-week high, and an indicator of accelerating economic activity.

China is said to be hoarding copper again as its economy bounces back more strongly that of the rest of the world. Gold and silver are breaking out to new and multiyear highs, respectively, and the dollar’s decline to 2½ year lows is accelerating by the day.

Inflation without growth
Although it is difficult to imagine in this uncertain economic environment, are these signs that the economy will rebound more strongly than anticipated, that Covid will be conquered and that a disrupted world will return to normal more fully and quickly than currently anticipated? It’s possible.

The Food and Drug Administration is fast-tracking therapeutics and vaccines to treat and prevent the virus from making people seriously ill, or worse. And most expect that the Federal government will pass an additional relief package in September, putting another $1 trillion to $1.5 trillion into the economy.

But getting the unemployment rate down significantly, as some temporary layoffs become permanent, and as disruptive technologies reduce the need for labor, it’s hard to see the economy grow so fast that price pressures accelerate to the Fed’s newly desired levels.

In addition, the world economy is becoming less “globalized,” a development that could “positively” affect the pricing of goods and services after decades of disinflation.

It’s also beginning to look like we could get inflation without long-term, above-trend, economic growth.

In other words, it’s possible that for the first time in decades, the Fed’s new framework may produce inflation for inflation’s sake, which is not the Fed’s desired outcome.

While market messages have been distorted to a certain extent of late, some messages are being generated by markets we often don’t watch as closely as we watch stocks and Treasury bonds. That message is suggesting that inflation may be accelerating without the desired improvement in parts of the economy that matter: jobs and growth.

Unless or until we get more than just a pickup in expected inflation, monetary and fiscal policies may have had some unintended consequences that only certain markets are warning of.

While early, it is time to watch those off-the-run markets much more closely than we have in years. And inflation protection might be a great idea for your portfolio because the 43-year war against deflation might have already been won, though only a few know it right now.