Euro zone unemployment rises once again despite reopening of economies 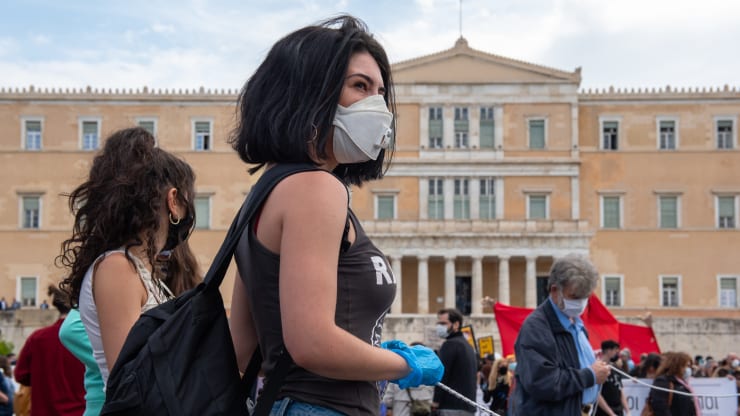 The unemployment rate has risen again in the euro zone as the impact of the coronavirus pandemic continues to be felt. Official figures Tuesday put the jobless rate in the region at 7.9% for the month of July.

It comes after the euro zone logged a revised unemployment rate of 7.7% in June. Tuesday’s numbers show a deteriorating picture but are still below the record high seen in the midst of the sovereign debt crisis.

The euro area has been grappling with a severe economic recession in the wake of the coronavirus pandemic. The 19-member economy contracted by 12.1% in the second quarter of the year following strict lockdown measures to prevent further contamination. The contraction was the worst since records began in 1995, according to Eurostat.

The difficult economic environment is also hitting young people, with the youth unemployment rate, which includes those aged under 25, rising slightly to 17.3% in July from 17.2% in June. The situation is also affecting women slightly more than men: the jobless rate among female workers rose to 8.3% in July, while among men it increased to 7.6% over the same month.

To revamp the economy, the wider European Union agreed in July to tap financial markets and raise 750 billion euros ($898 billion) to be invested in programs across region. The plan is currently being scrutinized by European lawmakers, who are expected to greenlight it before the end of the year. The first funds are not planned to be released until 2021.

In the meantime, governments in the EU need to put together a draft document stating how they will be using these funds. Their programs will then have to be approved by the majority by the other EU governments.

In addition to EU-wide and national fiscal efforts, the European Central Bank is buying governments bonds which is keeping sovereign funding costs low. This is part of its 1.35 trillion euro pandemic emergency purchase program, which is set to last at least until June 2021.