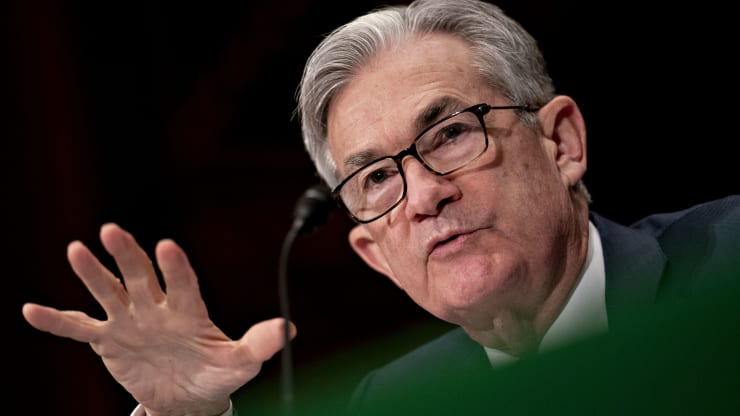 History will remember Paul Volcker and Jerome Powell as standing on the opposite ends of the inflation canyon, with the former taking desperate actions to try to tamp it down and the latter expected this week to announce an unprecedented effort to crank it back up.

Volcker, the Federal Reserve chairman from 1979-87, ushered through a series of inflation-busting interest rate hikes that dragged the country into recession but won the fight against pricing pressures and spurred a powerful economic recovery.

Powell, the central bank chief since 2018, is likely to detail a set of measures aimed at pushing inflation higher amid a coronavirus pandemic that has dragged the U.S. economy into one of its darkest hours.

While the average consumer might find it absurd to want to raise the cost of living, central bankers and economists see too little inflation also as a problem. It often reflects a slow-moving economy with a low standard of living. On top of that, the accompanying low interest rates give policymakers little wiggle room when crises happen and there’s a need to loosen policy.

That’s why Powell, who will speak Thursday during a virtual version of the Fed’s annual Jackson Hole, Wyoming, conference, will outline what could be the central bank’s most active efforts ever to spur inflation back to a healthy level. The speech is titled “Monetary Policy Framework Review” and wraps up a yearlong examination both among central banks officials and with the public, during a series of open events, on what policy should look like in the future.

“The expectations are pretty high to get something meaningful on Thursday,” said Tom Graff, head of fixed income at Brown Advisory. “This is probably a historic speech.”

One phrase Powell is likely to use is “average inflation” targeting.

Simply, it means that the Fed, which has pegged 2% as a healthy level, will let inflation run higher than that for a while if it has spent a considerable time beneath that level. The Fed’s preferred inflation gauge has stayed below that level for all but two years since the Great Recession ended in mid-2009.

It’s a mirror-image reversal to Volcker’s inflation-busting and sets the stage for a pivotal policy move.

‘Consequential and risk-friendly’“Heading into Jackson Hole we are confident Chair Powell will use his speech Thursday to tee up a profoundly consequential and risk-friendly move to soft inflation averaging at the Fed’s upcoming September meeting,” wrote Krishna Guha, head of global policy and central bank strategy at Evercore ISI. Guha and his team expect the Fed to “seek a moderate inflation overshoot during the recovery phase of this cycle” as a way to avert “Japanification,” or an extended period low growth marked by weak inflation.

Along with the inflation move, the Fed also, as indicated by the minutes from its July meeting, appears likely to reinforce its commitment to full employment. The unemployment rate currently sits at 10.2%, down from the 14.7% peak in April but well above the 3.5% pre-pandemic level in February.

Powell’s speech could include a vow as well to keep policy as accommodative as possible until inflation and employment are both stabilized.

To fulfill both pledges, the Fed will need to commit to keeping rates anchored near zero until the goals are met. Where the move to what it calls the “zero lower bound” had been previously considered unusual, it now will become standard practice at least until the Fed meets its mandate.

“Central bank credibility is crucial. Currently, they don’t have any credibility that they can or are willing to allow inflation to be higher than 2%, and that’s a problem,” Graff said. “Actions are going to speak louder than words. The market’s going to have to see them not hike interest rates even as unemployment gets much lower before they’ll believe it.”

Why the need for more?One question Powell and the Fed may have to answer, though, is why is it necessary to keep making aggressive policy moves.

After all, stocks collectively have recovered all of their pandemic losses, the jobs market is continuing to recover while still well away from its previous levels, and the economy, while slowed by a reduced pace of reopening, also is expected to rebound smartly in the third quarter.

“Considering what the market’s doing, and as each day goes by that we are getting closer to an effective vaccine and effective therapeutic, the Fed should be focusing more on taking steps back from what they’ve done rather than continuing with the pedal to the metal,” said Peter Boockvar, chief investment officer at Bleakley Advisory Group. “With accusations of the Fed blowing bubbles again, it’s time that they rationalize the continuation of these facilities that may have been necessary in March but are no longer necessary now.”

Still, the market appears to be counting on more Fed help.

When the July minutes were released Wednesday, markets took a step back as anticipation that they would disclose more about inflation measures as well as potential actions to control the yield curve, a movement that now appears dead. The Fed’s multiple liquidity and lending programs instituted during the current crisis, while lightly utilized compared to their potential, helped stabilize markets and instill confidence that the central bank would backstop the economy as it fights through the Covid-19 pandemic.

The minutes “did not provide the hand holding that investors were expecting on future Fed policies,” Michael Wilson, equity strategist at Morgan Stanley, said in a note. Further disappointments could fuel “a growth scare followed by a rate scare over the next several weeks/months that could finally give us that first tradable correction in the US equity indices.”

Powell, then, has a tight line to walk as he both outlines the Fed’s future and provides justification for continuing the institution’s extraordinary intervention in the markets and the economy.

“It’s historic for the Fed to announce a different way to approach monetary policy,” Graff said. “I don’t think they should do more than what they said they would do. Anything that would be aimed at goosing the financial markets probably doesn’t have much upside to the real economy, and could create stability problems down the road.”