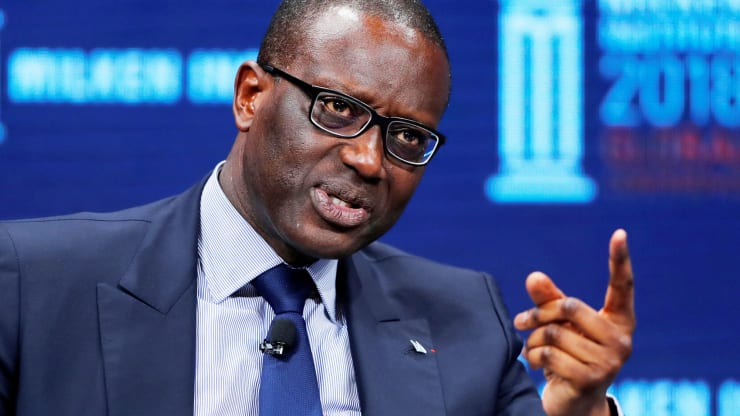 Credit Suisse reported higher-than-expected net income for the third quarter of 2019 on Wednesday.

Here are the key figures for the third quarter:

“Last year, there was a lot of debate on whether we had restructured enough or we should do more restructuring, and we said ‘no, we have a good platform, now we need to give them a chance to show what they can do’ and the results have been really, really excellent.”

In its outlook, the group said it expects headwinds from the “ongoing challenging geopolitical environment” to persist into the final quarter of the year, most notably Brexit and the U.S.-China trade dispute.

“This is likely to lead to more cautious capital expenditure and investment decisions,” the statement added.

Thiam told CNBC’s Joumanna Bercetche that “the fundamentals that drive our numbers are healthy.”

“The wealth management and the diversification of our platform, that continues to work. Now some parts of our activity, particularly look at IBCM (Investment Banking & Capital Markets) which is very difficult this quarter, our primary activity across markets has dropped down, are more challenging and are more market dependent,” he added.

The European banking sector is battling for profitability in an environment of long-term negative interest rates from the European Central Bank.