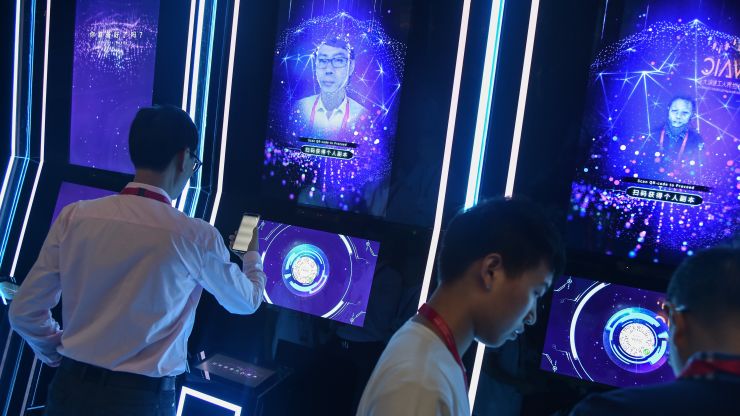 BEIJING — China struck a confident tone Tuesday in the face of new challenges from the U.S. to Chinese technological development.

Amid ongoing trade tensions between the two countries, U.S. President Donald Trump’s administration this year placed Chinese telecommunications giant Huawei — along with some supercomputing firms and some major artificial intelligence companies — on a blacklist. The so-called “entity list” effectively prevents those businesses from buying from their American suppliers.

“Overall (the list) cannot hurt the fundamentals of China’s technological development,” said Huang Libin, spokesman and director general of the performance inspection and coordination bureau, of China’s Ministry of Industry and Information Technology.

“In face of the U.S., under the guise of trade tensions, causing a grim situation for our high-tech companies, we are confident China’s science and technology will be able to overcome initial challenges and break through the bottleneck of current technological development,” Huang said at a press conference, according to a CNBC translation of his Mandarin-language remarks.

Huang added that China will take steps to further open telecommunications, internet and automobile industries to foreign investment. He did not provide details on the timing.

In May, the Chinese Ministry of Commerce announced it could place foreign entities on an “unreliable entities list,” but few details on that list have yet emerged.