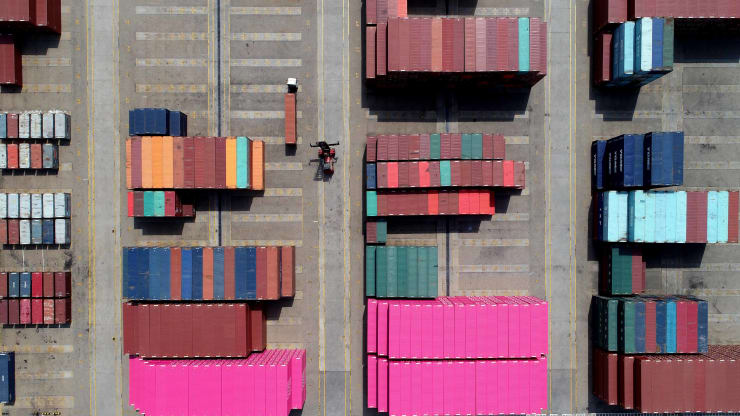 Washington deserves full support from the public opinion and its friends and allies in its effort to balance trade accounts with Beijing. China’s existing trade surplus with the U.S. is so huge that it represents an aberration in terms of international trade theory and policy.

At the level of economic management, China’s decades-old systematic and excessive trade surpluses with the U.S. have nothing to do with the illusion of trying to solve the differences in savings. That simple identity in national accounts is reflecting Washington’s unforgivable negligence of balanced growth, and Beijing’s single-minded pursuit of rapid economic development, with the help of American investments, free technology transfers and open U.S. markets for China’s goods and services.

China has worked hard — very hard, indeed — to take advantage of all that, and I am sure that Beijing’s statesmen now realize that present surpluses on their U.S. trades cannot continue.

It’s clear that Beijing knows that because China is moving to reduce excessive dependence on external demand by increasing domestic spending through powerful growth vectors like investments in infrastructure, urbanization, education, eradication of poverty and broadening social welfare programs.

Those efforts have moved China from smokestack manufacturing to high-tech production processes. Along that path, the country has made giant steps toward Chinese Communist leader Deng Xiaoping’s goal, set in 1979, to build the “xiaokang society” – what the current leaders call a moderately prosperous Chinese nation.

At the moment, about 60% of China’s 1.4 billion people live in urban areas. About half-a-billion of those urban dwellers are part of the rapidly growing middle class, driving household consumption to an estimated 70% of the country’s total demand and output.

In the first eight months of this year, Chinese companies are reported to have invested $70 billion in overseas manufacturing, business services and retail and wholesale trade.

Particularly important appear to be Chinese export outlets that have opened up, during that period, in 53 countries participating in the Beijing-sponsored Belt and Road infrastructure projects that span Asia, Europe and Africa.

All that means that China’s rapidly expanding domestic markets — along with fast-growing economies in East and Central Asia, the merging of development projects between the Eurasian Economic Union and the Belt and Road ventures, and Beijing’s relatively liberal access to European markets — should make it possible to divert export flows from the U.S. without too much damage to Chinese manufacturers.

There is an urgent need to do that because the trade numbers for the first eight months of this year don’t look good at all. During that interval, China has pocketed a net income of $232 billion on its U.S. goods sales of $302 billion, while American exports to China came in at a pitiful $70 billion.

That means there’s a very long way to go to square the bilateral trade accounts.

Beijing should close the deal

The ball is in China’s court, and the choice is simple: Step up imports from the U.S. to maintain a gradual decline of Chinese exports to U.S. markets, or keep the current low level of American goods imports while sharply cutting sales to the U.S.

Washington, for its part, has to abandon ill-advised attempts to impose legislative changes under a permanent threat of discretionary trade sanctions. That incursion into China’s legislative process is unnecessary to protect American interests, and it is clearly unacceptable to China.

In view of all that, it seems that reaching a mutually acceptable trade balance with China should be a simple and straightforward issue.

The rest of U.S.-China relations are much more complicated owing partly to Washington’s muddled up full-spectrum dominance theories, with its latter-day offsprings exemplified by pivots to Asia, or Indo-Pacific, and strategic competition.

Somewhere in between are what the former White House adviser John Bolton called “panda-huggers” and “wet noodles,” and their incantation about fuzzy U.S.-China cooperation.

Not really, if the U.S. showed clear thinking about the role it wants to play in an already established multipolar world, where the European Union wants to go its own way, while China, Russia and India insist on asserting their views and interests in the post-Western world order.

Sadly, none of that seems to be a priority in Washington’s bitter partisan divisions, driven by the unfolding election cycle and assaults on the country’s executive authority.

China, however, should not be swayed by any of those events. Beijing must understand that it has to solve the structural trade problem it created with the U.S. before it can address broader economic, political and security issues with Washington in the years to come.

The latest data on U.S.-China trade indicate that Beijing is not doing what it should to reduce its excessive surpluses by buying more American products.

It is probably true that the U.S. may have slowed down the trade adjustment process with its unnecessary incursions into China’s economic legislation, but that’s not an excuse for low purchases of American goods, or for absence of drastic cuts in Chinese exports to U.S. markets.

China has apparently refused to allow Washington’s interference in its sovereign policy domains. It should now proceed —unilaterally, if need be — to square its trade accounts with the U.S.

I believe that is what we could see in the present negotiating round. Otherwise, there is no advantage for China in a protracted tariff fight that would severely damage its access to U.S. markets, sources of technology and financial instruments in a dollar-dominated global monetary system.