The Fed will need to grow its balance sheet ‘permanently,’ Morgan Stanley says 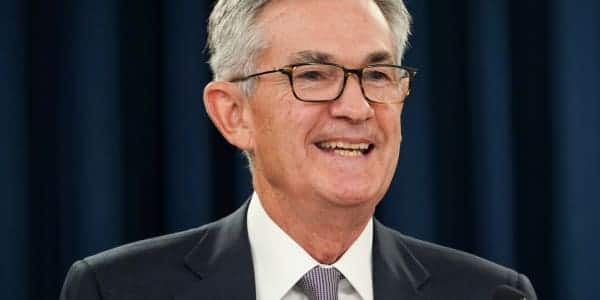 The Federal Reserve’s asset purchases likely will total $315 billion over the next six months as it seeks to stabilize overnight funding markets and contain the movements of its target interest rate, according to projections from Morgan Stanley.

Those permanent moves will be necessary because the current temporary purchases likely won’t be enough to stabilize the market for overnight purchase agreements, or repos, the bank said. The Fed just a month ago halted a process that saw a more than $600 billion reduction of the balance sheet, which consists mostly of Treasurys and mortgage-backed securities that it had acquired in its efforts to pull the U.S. economy out of the financial crisis.

“We maintain that these temporary repo operations will not prove to be a sufficient long-term solution to the recent funding pressure,” Morgan Stanley strategist Kelcie Gerson said in a note. “Ultimately, the Fed will need to increase the size of its balance sheet permanently.”

The Morgan Stanley forecast is a bit smaller than one recently from Bank of America Merrill Lynch, which estimated balance sheet expansion at $400 billion this year.

The balance sheet currently stands about $3.9 trillion, pushed by three rounds of asset purchases in a process known as quantitative easing. Starting in October 2017, the Fed started allowing some proceeds from its maturing bonds to roll off each month, with a corresponding decrease of bank reserves that has taken the total down to about $1.5 trillion, the lowest in more than eight years.

Turmoil in overnight lending markets last week has led the Fed to rethink its balance sheet policy, and Wall Street now is increasingly of the belief that the asset purchases that stopped two years ago will restart again soon. Over the past week the Fed has been running a temporary purchase program that many market participants now expect to become permanent.

The exact composition of how the Fed will conduct the balance sheet expansion remains to be seen. Fed Chairman Jerome Powell said last week that he expects the issue to be discussed at the Oct. 30-31 meeting.

Gerson said the Fed has a number of options for how it conducts the operations, with a standing repo, or repurchase, operation one possibility. However, Gerson said there are some issues with that option that could push the central bank away from it.

The Fed is now temporarily providing cash in exchange for safe assets like Treasurys and agency debt to keep its benchmark interest rate within a target range of 1.75% to 2%. During the repo market troubles last week, the fed funds rate broke its former barrier of 2% to 2.25%.

“This will ensure a rebuild of reserves to the longer-run level consistent with efficient and effective policy implementation,” she added.