A US-China deal that lacks trust could be ‘dangerous,’ warns Singapore’s trade minister 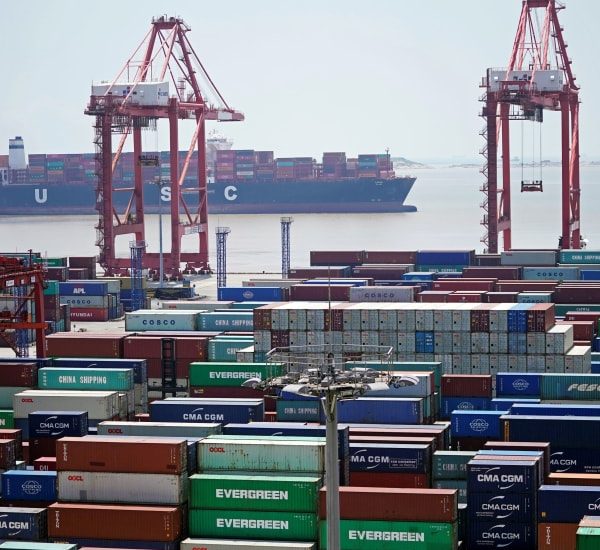 Any deal that the U.S. and China eventually reach may lack “strategic trust” — and that could have “dangerous” implications for the global economy, Singapore’s trade minister warned on Monday.

The tariff war between the world’s two largest economies has lasted more than a year, and has hit business sentiment and roiled financial markets. The dispute, which spilled over to other areas such as technology, is often cited as a major risk weighing on economic growth worldwide.

On Sunday, both the U.S. and China imposed fresh tariffs on each other’s goods. Both sides have indicated they would continue negotiating for a deal. But Chan Chun Sing, the Singaporean minister for trade and industry, said he’s not sure they will be able to resolve their differences soon.

He explained that both sides have to make sure their objectives of reaching an agreement are aligned. Otherwise, a U.S.-China deal will still leave the global economy fragmented, he added.

“Even if they get a deal, or whatever deal that they get … I think the lack of strategic trust will be the more important factor,” the minister told CNBC’s“Squawk Box.”

There are already signs that companies are moving their production out of China to circumvent elevated tariffs. But some experts said such a shift may not be the most efficient for global goods production because alternative locations such as Vietnam are still years away from gaining the capabilities to replace China’s as the world’s factory.

Singapore’s export-reliant economy has been hit by a global slowdown in trade.

The Southeast Asian economy contracted by 3.3% on quarter in the April-to-June period, with some economists warning that a recession may be around the corner. Singapore’s government last month slashed its 2019 official growth forecast to zero to 1%, from 1.5% to 2.5% previously.

Chan said Monday the city-state could escape a recession, but acknowledged that a challenging external environment could further weigh down Singapore’s prospects. The government and companies have pressed on with efforts to to make the Singaporean economy more resilient, he said.

“We prefer to focus on the long term,” he said. “We are continuing to diversify our portfolio of trade, making sure that we have more trade agreements, more substantive trade agreements with the existing partners and new partners.”

One such trade deal is the Regional Comprehensive Economic Partnership, or RCEP, which could conclude by the end of this year or early 2020, according to the minister. Countries involved in RCEP are the 10 Southeast Asian nations plus six of their large trading partners: China, Japan, South Korea, India, Australia and New Zealand.

In addition, the Singapore government has been working on attracting long term investments “that cannot be easily displaced,” said Chan.

“I think people want a safe harbor amidst the times of uncertainties. This is where Singapore plays to our strength not just in terms of rules and regulations but progressive rules and regulations that keep pace with the needs of businesses, and also our protection of intellectual property,” he said.