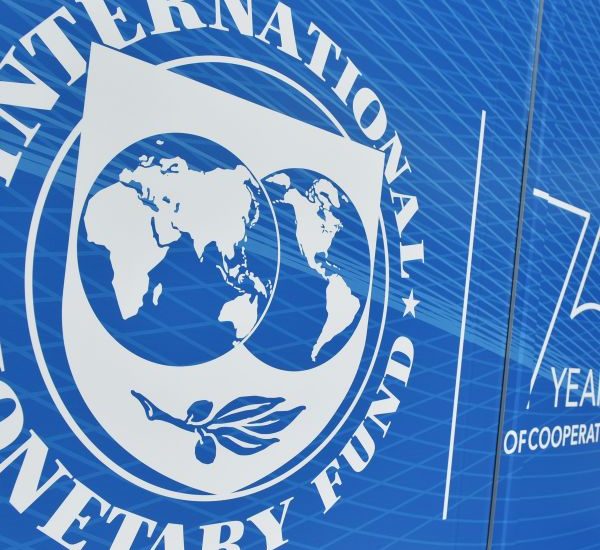 Senior economists at the International Monetary Fund (IMF) have warned countries against relying too heavily on monetary policy easing, and argued that currencies are “neither the hammer nor the nail” in efforts to reinvigorate economies.

With global growth sluggish and inflation low, a host of central banks have recently cut interest rates to prop up their respective economies, with others, such as the ECB (European Central Bank), expected to follow suit later this year.

Cutting interest rates reduces the cost of borrowing in the hope of encouraging consumers and businesses to spend and invest more.

However, in a blog published Wednesday, IMF senior economists Gita Gopinath, Luis Cubeddu and Gustavo Adler warned that the recent surge in monetary easing from both advanced and emerging market economies has created concerns over so-called “beggar-thy-neighbor” policies and fears of a currency war.

Beggar-thy-neighbor refers to international trade policy which aids the country which enacted it while harming its neighbors or trade partners.

While monetary easing can help stimulate domestic demand, in turn benefiting other countries by increasing demand for their goods, the IMF expressed concern about its weakening of exchange rates. This makes exports more competitive and reduces demand for other countries’ imports as their prices increase, an effect known as “expenditure switching.”

Currency devaluation has become a focal point for global trade tensions. Earlier this month, the U.S. formally accused China of currency manipulation, while in June, President Donald Trump attacked ECB President Mario Draghi for the impact of his dovish comments on the value of the euro against the dollar.

“With conventional monetary space limited for some advanced economies, this currency channel of monetary easing has received considerable attention,” the IMF note said.

“But one should not put too much stock in the view that easing monetary policy can weaken a country’s currency enough to bring a lasting improvement in its trade balance through expenditure switching.”

Monetary policy alone is unlikely to induce the “large and persistent devaluations” required to achieve that lasting improvement, the post concluded, highlighting that the expenditure switching impact of a currency weakening is generally minimal.

A 10% depreciation on average improves a country’s trade balance by around 0.3% of gross domestic product (GDP) within a 12-month period, primarily through contracting imports, the note highlighted, since trade is largely invoiced in dollars.

Over a three-year time span, this increases to a 1.2% of GDP improvement in trade balance as exports respond more meaningfully to exchange rate movements, though the “full expenditure switching effect remains relatively modest,” it added.

The IMF report also took aim at what it deemed counterproductive policy options taken by policymakers to mitigate currency overvaluation, such as imposing tariffs on imports from countries perceived to have undervalued currencies.

The economists highlighted that tariffs and exchange rates work differently, insofar as a 10% tariff will not necessarily offset a 10% overvaluation in an exchange rate, and pointed to the example of recent developments in the U.S.-China trade war.

“Since early 2018, the average U.S. tariff on goods imported from China has increased by about 10 percentage points, and it would increase by another 5 percentage points if recently announced plans to impose additional levies are carried out,” the economists said.

“Meanwhile, the renminbi has depreciated by about 10% relative to the dollar, largely as a result of these trade actions and associated uncertainties — the increased flexibility of the renminbi has allowed it to be a buffer against trade shocks.”

While one might suggest that the impact of higher tariffs on Chinese imports would be offset by a stronger dollar as Chinese goods become cheaper, the reality is that U.S. importers and consumers are bearing the burden of the tariffs.

“The reason: the stronger U.S. currency has had a minimal impact thus far on the dollar prices Chinese exporters receive because of dollar invoicing,” the report added.

In addition, the IMF made the case that bilateral tariffs are unlikely to reduce aggregate trade imbalances, instead simply diverting trade elsewhere and harming both domestic and global growth by draining business confidence and investment, disrupting supply chains and increasing costs for producers and consumers.

The report advocated that rather than relying on tariffs, deficit countries such as the U.S. and the U.K. should aim to reduce budget deficits without sacrificing growth, and move to strengthen the competitiveness of their export industries. The IMF economists proposed improving investment in workforce skills and encouraging lifelong saving.

For surplus countries like Germany and South Korea, the post suggested fiscal policy deployment in order to invest more in infrastructure, while adopting reforms that encourage private investment, such as tax incentives for research and development or lowering barriers to entry in regulated professions.

In the past week, Germany has shifted its tone on possible fiscal stimulus, with German finance minister Olaf Scholz saying the government is ready to inject $55 billion should the economy enter recession.

The IMF urged both surplus and deficit countries to find durable solutions to trade disputes to address concerns about export subsidies and weak intellectual property protection.

“There are serious problems to contend with, such as rising inequality and sluggish growth. Currencies are neither the hammer nor the nail,” it concluded.