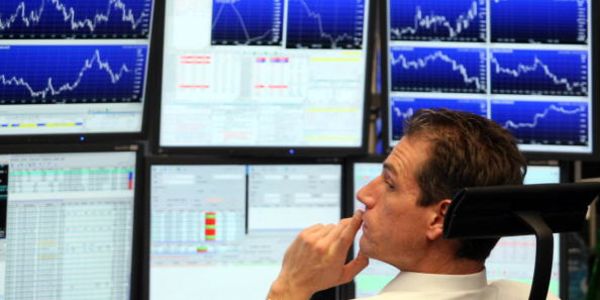 European stocks reversed course on Tuesday, closing higher as investors reacted to news that the U.S. has delayed additional tariffs on some Chinese imports.

The pan-European Stoxx 600 closed provisionally up 0.6%. Markets had traded lower earlier in the session. Trade-sensitive sectors like autos and basic resources were among the biggest gainers.

The U.S. Trade Representative office said on Tuesday that certain items would be removed from a list of goods set to be hit with a new 10% levy, citing “health, safety, national security and other factors.”

Meanwhile, tariffs on electronic devices like phones and laptops and certain footwear and clothing will be delayed until December 15, the government agency said. Europe’s technology sector was up 1% on the news.

In terms of individual stocks, steel and mining giant ArcelorMittal saw its shares climb sharply following the USTR’s announcement. The stock was up over 5%.

SalMar was the top performer in Europe, climbing almost 7% after DNB upgraded the Norwegian fish farm company to hold from sell.

At the other end was Henkel, which saw its shares slide 7% after lowering its full-year outlook for sales and earnings on Tuesday. The German consumer goods firm blamed disappointing performance at its beauty unit and falling industrial production.

On Wall Street, stocks rose as traders digested the USTR announcement. The Dow Jones Industrial Average jumped over 400 points while the tech-heavy Nasdaq index rose nearly 2%, led by Apple which got a boost from the news since many of its major products are produced in China.

The full Italian Senate is due to meet on Tuesday evening to set the date for a motion of no confidence in the government, after the Lega party said last week that its governing coalition with the anti-establishment Five Star Movement had become unworkable.

In Asia, stocks declined on Tuesday after Hong Kong protests escalated and shut down the city’s airport, resulting in threats from Chinese outlets which released a video showing military vehicles amassing near its border. Hong Kong’s Hang Seng index slid 1.86% by the afternoon to lead losses in the region.

Meanwhile, the People’s Bank of China set the official midpoint reference rate for the yuan at 7.0326 per dollar on Tuesday, stronger than expected but above the psychological barrier of 7 per dollar for the fourth consecutive session.