‘Hidden’ debtors may be signaling trouble in the global economy 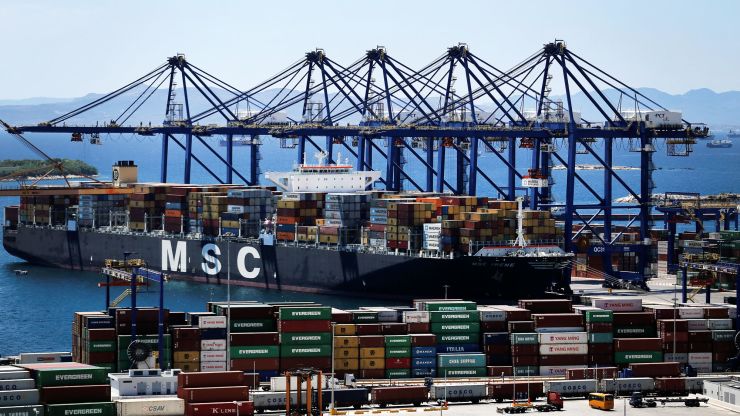 While investors look for clues about the health of the global economy, a research and analytics unit under S&P Global said a “hidden” segment of debtors is flashing early signs of trouble.

Those borrowers are small companies that are not rated by S&P Global Ratings, according to the agency’s sister division, S&P Global Market Intelligence. A credit rating is an assessment on a government or company’s ability to repay its debt.

There are many reasons why borrowers choose not to seek a credit rating, including cost savings, infrequent bond issuance and investors’ familiarity with the brand. Well-known companies that have in the past opted against a credit rating include Italian luxury fashion house Prada and German sportswear brand Adidas.

Generally, though, many entities without an S&P credit rating are small companies that are likely to be the first victims in an economic downturn, said Michelle Cheong, director and global product development lead for credit solutions data at S&P Global Market Intelligence.

That group is “very much a hidden, under the radar” segment, Cheong told CNBC in a phone call on Monday. That’s because unrated borrowers are much smaller in size collectively: Their total assets have consistently been less than 10% of their rated peers’ over the last five years.

“The unrated entities are like the canary in the mine. They are the ones that usually start to default first — before you see trouble happening among the rated entities — because they are the weaker link,” she added.

Total assets by rated and unrated entities in FY 2018 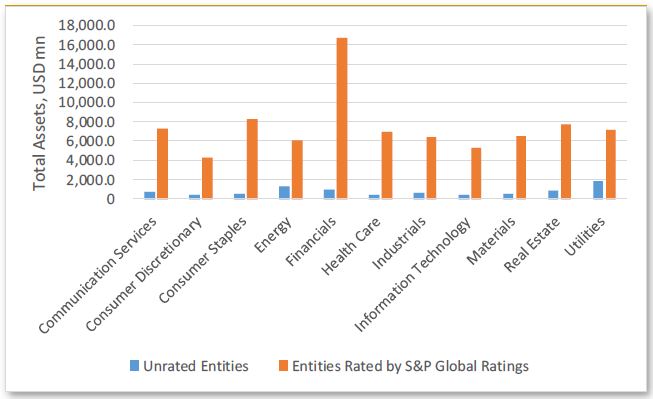 Cheong identified possible risks among unrated issuers by studying indicators such as earnings estimates and revenue growth. She also looked for potential distress signals including public announcements that appear “negative,” such as corporate restructuring.

Her analysis, which will be presented on Wednesday at the S&P Global Market Intelligence Annual Singapore Conference, found the financial conditions facing unrated entities weakening across sectors and regions. With the global economy now slowing down amid an ongoing trade war between the U.S. and China, further deterioration in business sentiment could result in a sudden increase in defaults.

One worrying trend, Cheong said, is falling profit margins among unrated entities. A reason behind that is over-investment in less profitable projects due to the availability of cheap credit in the last few years, she explained.

Analysts have long warned about the dangers of rising debt fueled by low interest rates globally. The low-rate environment came about after central banks around the world adopted easier monetary policies to stimulate the economy after the financial crisis.

The International Monetary Fund said in its Global Financial Stability Report in April that low interest rates have resulted in a higher level of risky debt in the economy. That has increased vulnerabilities in the financial system, which could worsen effects of an economic downturn, according to the IMF.

The analysis by S&P Global Market Intelligence found unrated entities in China, the U.K. and the technology sector in Asia Pacific are among the most at risk of a sudden spike in defaults.

Chinese firms have defaulted at an “unprecedented” level this year, while the possibility of the U.K. leaving the European Union without a deal has hurt companies’ prospects, according to the study. At the same time, the technology sector in Asia Pacific has been hit by a slowdown in demand and global trade tensions.

Investors have been looking for signs of trouble — especially after the U.S., the world’s largest economy, marked its longest economic expansion in history.

One recession predictor occurred in March: The yield on the U.S. 10-year Treasury note dipped below that of the three-month paper. The phenomenon, referred to as an inversion in the yield curve, has occurred before each economic recession in the past 50 years.

Cheong’s analysis of companies not rated by S&P doesn’t date that far back, but she said unrated borrowers “at the bottom of the barrel” of the U.S. real estate sector (which are thought to have contributed to the global financial crisis)  started to face problems in repaying their debt in 2005 and 2006.

As she noted, that’s “way before all the news started hitting” about the subprime crisis, she said.

But Cheong said merely watching the unrated segment may not be enough to spot a definite turn in the economic cycle. She explained that studying other trends such as defaults among speculative-grade bonds and the number of credit rating downgrades compared to upgrades could help investors develop a better picture of the global economic conditions.