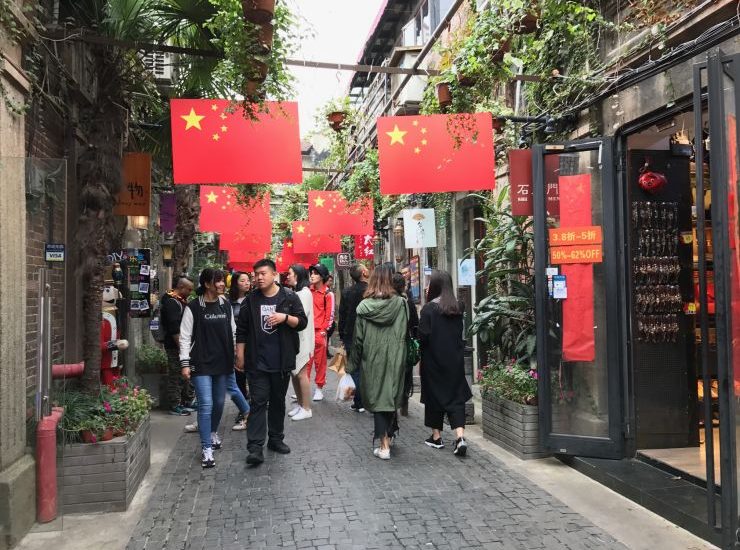 The world has become more economically exposed to China at a time when the Asian giant is increasingly relying on its own consumers to boost growth, according to a July report by consultancy McKinsey and Company.

The findings by McKinsey come as China is locked in a year-long tariff fight with the U.S. that has spilled into areas such as technology and security. Economists generally predicted that the Chinese economy — instead of the U.S. — will experience a larger hit from elevated tariffs partly due to the Asian country’s relatively heavier reliance on exports.

But the report by McKinsey found that consumption contributed to more than 60% of China’s growth during 11 out of 16 quarters — from January 2015 to December 2018.

That means China’s economy has been reducing its reliance on trade as a source of growth. In fact, the study found that China’s net trade — the value of total exports minus that of imports — “actually made a negative contribution” to growth last year.

“I think that’s one of the things they’re trying to do: To build a more robust, a more diversified economy,” Oliver Tonby, McKinsey’s chairman in Asia, told CNBC’s “Squawk Box” on Monday.

The consultancy studied how China and the world are linked through trade, capital and technology. It found that the increasing importance of Chinese consumers in supporting growth means manufacturers in the country are selling more to domestic consumers, and less to the world.

As a result, China exported just 9% of its output in 2017 — down from 17% in 2007, according to the McKinsey study. That shows China has become more self-reliant and less exposed to the rest of the world, the research found.

“China’s exposure to the world in relative terms has fallen because the major driver of its economic growth is no longer trade or investment but rather domestic consumption,” the consultancy said in the report. “The decline in China’s exposure also reflects the reality that the economy is still relatively closed in comparison with developed economies.” 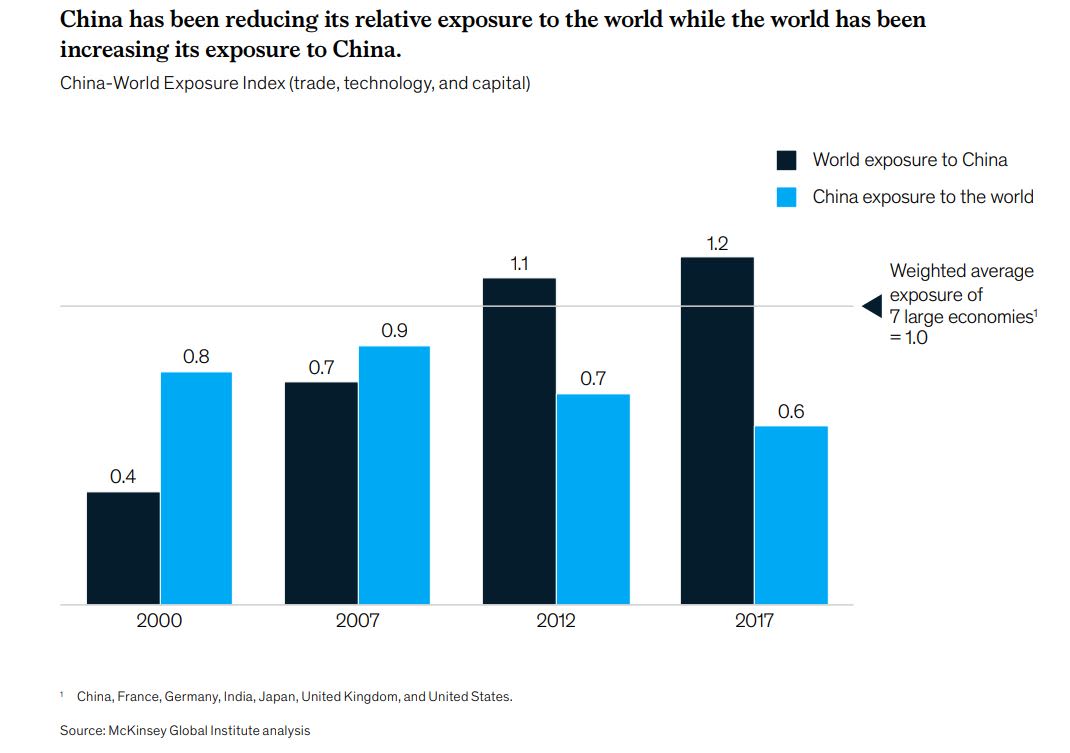 In contrast, the rest of the world has become more dependent on China, the report said. Countries are either trading more goods with China or receiving more investments from Beijing, McKinsey said.

The consultancy identified three groups of countries that have the most exposure to China:

“Sectors and countries with varying degrees of exposure to China’s economy could be more or less vulnerable to a changing relationship between China and the world,” McKinsey said. “The increasing exposure of the rest of the world to China reflects China’s increasing importance as a market, supplier, and provider of capital.”