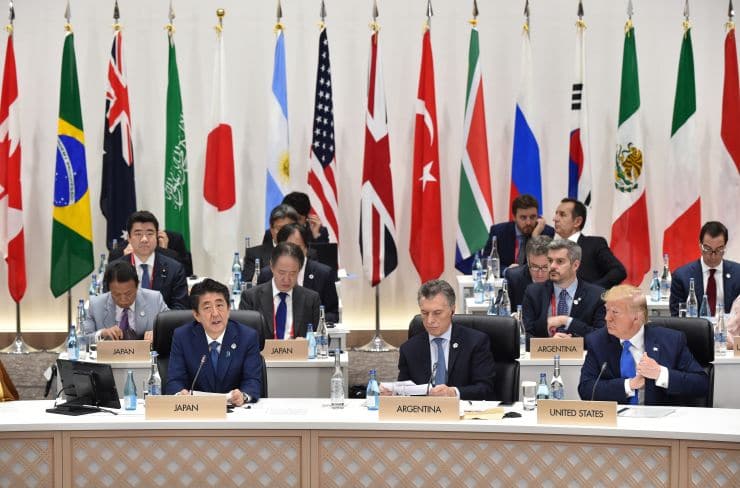 Group of 20 leaders have clearly confirmed the need for a free, fair and non-discriminatory trade policy, Japanese Prime Minister Shinzo Abe said on Saturday, suggesting that members have agreed to the wording to be included in their communique.

“The G-20 leaders agreed on the need for member countries to spearhead strong global economic growth,” while standing ready to take further action if needed, he said.

Abe also said he had told U.S. President Donald Trump and Chinese President Xi Jinping that it was extremely important to engage in constructive discussion to solve their trade tensions.

The United States and China have agreed to restart trade talks and Washington will not level new tariffs on Chinese exports, China’s official Xinhua news agency reported, as Trump said the talks were “back on track.”

“The G-20 agreed on fundamental principles backing a free trade system, which is to ensure free, fair, non-discriminatory trade,” as well as open markets and a level playing field for all nations, Abe said.