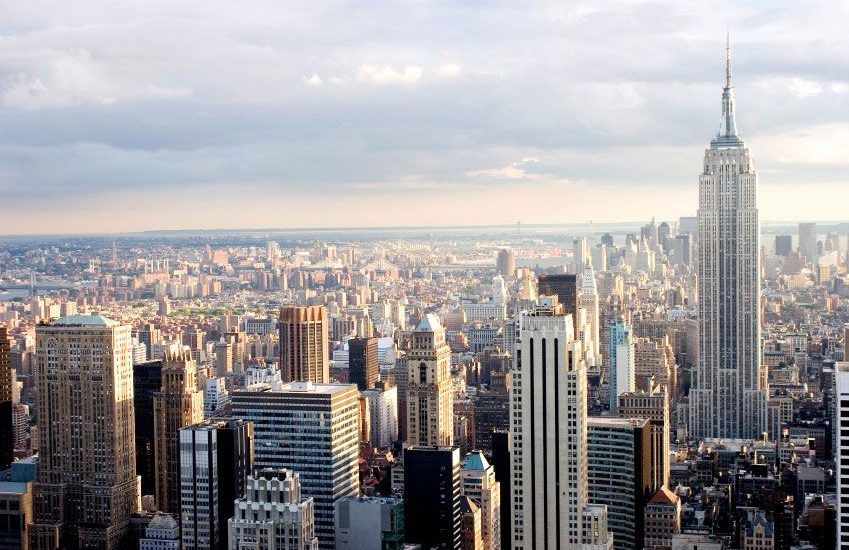 A closely followed gauge of manufacturing in the New York area fell this month to its lowest level in nearly three years.

The Empire State Manufacturing Index tumbled to a -8.6 reading from 17.8 in May, a 26.4-point drop that was the biggest slide for a data series that goes back to 2001 and well below Wall Street expectations of 11.5. In all, 22% of respondents reported that conditions had improved since May while 30% said conditions worsened, according to the index, compiled by the New York Federal Reserve and indicating the difference between plans to expand and contract.

It was the lowest reading and first negative print since October 2016 and comes amid growing worries about where the broader U.S. economy is heading and what impact the ongoing trade war will have on conditions.

Internally, the measure showed sharply diminished business expectations across a number of categories.

Employment also looked bleak, falling to -3.5, its first negative print in more than two years. The average work week also declined to -2.2, while the prices paid component was little changed at 27.8. However, the prices received index declined 6 points to 6.8, the fourth month in a row for a decline “pointing to an ongoing deceleration in selling price increases,” the release said.

“Bottom line, and I’ll be blunt, this number was terrible. It’s hard not to think this is all about tariffs and what it is doing to business confidence,” Peter Boockvar, chief investment officer at Bleakley Advisory Group, said in a note. “We don’t even need actual tariffs, just the threat of them now on anything and anybody to address issues that have nothing to do with trade also adds a whole new layer of uncertainty.”

Businesses also were pessimistic about the road ahead.

Respondents to the survey pointed to declining business conditions, with a six-month expectations reading falling 5 points to 25.7. Future orders and shipments fell by a similar amount.

Also, the capital expenditures index, a measure of where businesses plan on investing in new equipment and plants, tumbled 16 points to 10.5, while the technology spending index slumped 10 points to 12.8.