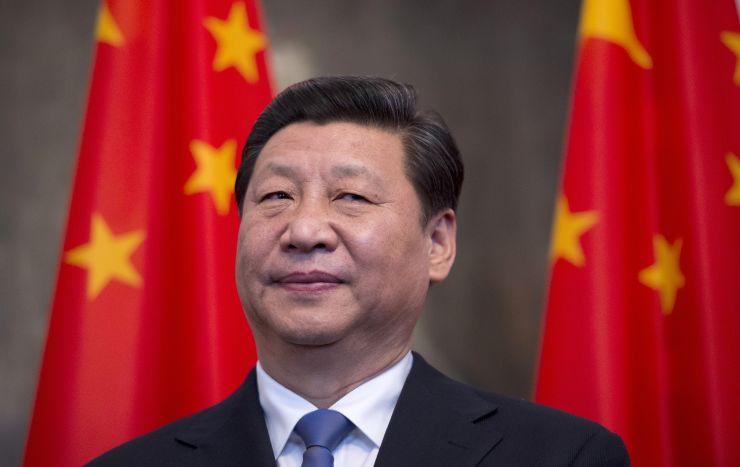 As trade talks between the U.S. and China increasingly center on Chinese treatment of foreign companies, Beijing says major American complaints about structural aspects of its economy are running up against “core interests.”

The implication: Those matters are not up for negotiation.

Previously, the vague “core interest” term was generally understood as referring to Beijing’s territorial claims, such as those on Taiwan. But a commentary piece published this weekend by state news agency Xinhua emphasized that China will not yield on its prerogative about how to manage its economy.

The Chinese-language article published Saturday claimed there were five ways in which the U.S. is harming the growth of the global economy by launching a trade war with the Asian giant.

“At the negotiating table, the U.S. government has made many arrogant requests, including restricting the development of state-owned enterprises,” the commentary said, according to a CNBC translation. “Obviously, this is beyond the field and scope of trade negotiations, (and) touches upon China’s fundamental economic system.”

“This demonstrates, that behind the trade war the U.S. has launched against China, there is an attempt to violate China’s economic sovereignty, (and) compel China to damage its own core interests,“ the article said.

China’s giant state-owned enterprises control strategic industries such as energy, telecommunications and defense. Since those companies benefit from favorable policies and subsidies, foreign companies complain of an unfair advantage. The escalating trade dispute between the U.S. and China has focused on allegations of the coerced surrender of proprietary technology and the trampling of intellectual property rights.

Critics say China has been able to benefit economically from joining the World Trade Organization in 2001 without following through on commitments to reduce state control. For its part, Beijing has made some effort to increase the role of the market in its economy and allow foreign companies greater access — but many outside observers say it’s too little, too slowly.

The government has also tended to point to gradual progress in economic areas, while drawing a hard line in geopolitical matters. That has led some to read this weekend’s commentary piece as a major expansion in policy to include technology and economics.

In January 2018, Xinhua published an English-language commentary piece that said: “Territorial integrity is China’s core interests. Hong Kong, Macao, Taiwan and Tibet are all indispensable parts of China. These facts are beyond doubt and challenge.” The article criticized Marriott’s listing them as separate countries in a questionnaire.

However, some analysts pointed out the Chinese government has previously said economic development is among the country’s core interests.

In September 2011, when Hu Jintao was president of China, the government released a white paper on “China’s Peaceful Development.” The document, according to a CNBC translation, said China’s core interests include: “national sovereignty, national security, territorial integrity, national unity, the stability of the national political system and society at large as established by the Chinese Constitution and the basic guarantee of sustainable economic and social development.”

Beijing also has a track record of being loose with English terminology. The common phrase for President Xi Jinping’s plan to build out regional infrastructure and trade routes used to be “One Belt, One Road,” which implied to many that China wanted to use the program to increase its global dominance. In the last few years, the term “Belt and Road Initiative” has emerged, implying a concept wherein China is leading but not dominating.

But the country has remained opaque on what the program specifically covers. Analysts noted that this year’s Belt and Road Forum held in Beijing made it clear that the China-led program is looking beyond infrastructure development to influencing technology and global governance.