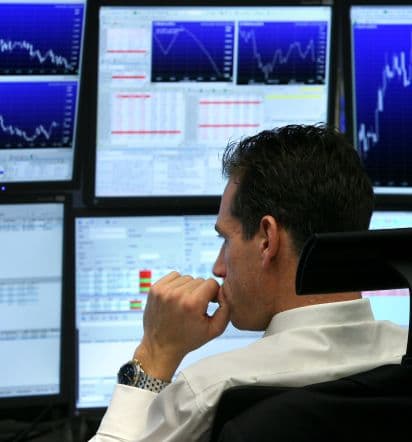 U.K. stocks traded 0.21% above the flat line, supported by a slide in the Brexit-affected pound. At the time of the closing bell, sterling fell below $1.263 at one stage during the afternoon.

Investors will be monitoring trade developments between the world’s two largest economies, after a reprieve from the U.S. temporarily backing off its blacklisting of Chinese telecommunications giant Huawei caused European markets to rebound slightly Tuesday.

However news has filtered through that similar sanctions could now be placed on a Chinese video surveillance firm, raising concerns that the tech sector will become central to a drawn out trade war.

China is also apparently set to rethink its entire economic relationship with the U.S., according to a report from The South China Morning Post. The report said China is considering dropping purchases of natural gas from the U.S.

Back in Europe, U.K. Prime Minister Theresa May sought to break the Brexit deadlock with the main opposition Labour Party and pro-European Union lawmakers, outlining to Members of Parliament her latest deal which includes a vote on whether to hold another referendum if they back her EU Withdrawal Agreement Bill.

However, Labour’s Brexit spokesman suggested the embattled Prime Minister should admit defeat rather than putting the divorce deal back to a fourth vote. Sterling fell broadly as May’s last-ditch plan faced opposition from across the benches and within her own party.

Meanwhile, the Austrian far right FPO crashed out of the country’s coalition government after the president sided with Conservative Chancellor Sebastian Kurz and sacked its interior minister following a sting video.

In corporate news, German lender Commerzbank held its AGM Wednesday, and said it may look for other tie-ups following the collapse of merger talks with domestic rival Deutsche Bank.

Royal Mail shares rose 5.4% as a result of a promise of a further £1.8 billion ($2.29 billion) investment in a U.K. turnaround plan in its full-year results, in which the former state-owned monopoly cut its dividend by 40%.

IG Group shares climbed 13.1% after it unveiled a plan to drive growth, despite forecasting a sharp fall in full-year net trading revenue and operating profit.

British asset manager Intermediate Capital Group was a strong performer, its stock rising 6.1% after full-year results showed a 29% rise in assets under management.