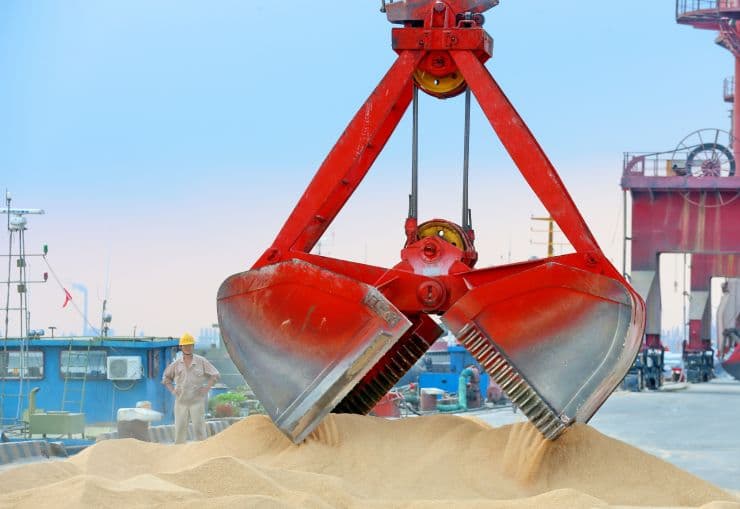 China will raise tariffs on $60 billion in U.S. goods in retaliation for the U.S. decision to hike duties on Chinese goods, the Chinese Finance Ministry said Monday.

Beijing will increase tariffs on more than 5,000 products to as high as 25%. Duties on some other goods will increase to 20%. Those rates will rise from either 10% or 5% previously.

The move follows President Donald Trump’s decision to raise duties on $200 billion in Chinese products to 25% from 10%. The world’s two largest economies have struggled to sign a trade deal and end a widening conflict that threatens to damage the global economy.

The latest shot in the trade war rattled investors. Major U.S. stock indexes dove more than 2% Monday amid the escalation.

The duties in large part target U.S. farmers, who largely supported Trump in 2016 but suffered from previous shots in the Trump administration’s trade war with China. The thousands of products include peanuts, sugar, wheat, chicken and turkey.

Neither the White House nor the Treasury Department immediately responded to CNBC’s requests to comment on the tariff increase.

In increasing duties on Chinese goods on Friday, the White House said Beijing backed out of major parts of a developing trade agreement. While Treasury Secretary Steven Mnuchin and U.S. Trade Representative Robert Lighthizer met with Chinese negotiators last week in talks Mnuchin called “constructive,” the sides could not strike a deal.

Trump, who wants to address grievances such as intellectual property theft, forced technology transfers and trade deficits, pushed China to make a deal ahead of its retaliation on Monday morning. In a string of tweets, the president argued the tariffs are “very bad for China.” He said “China should not retaliate” as it “will only get worse!”

“You had a great deal, almost completed, & you backed out!” he wrote of China and its President Xi Jinping.

The U.S. may not be done retaliating. Trump has hreatened to put 25% tariffs on $325 billion in Chinese goods that remain untaxed. The president has signaled he is content leaving the duties in place, arguing they will damage China more than the U.S.

The president has repeatedly claimed China bears the brunt of the costs from the tariffs. But the burden falls largely on U.S. businesses and consumers.

Despite this, Trump claimed in a tweet Monday that “there is no reason for the U.S. Consumer to pay the Tariffs.” He also said the tariffs “can be completely avoided if you by (sic) from a non-Tariffed Country, or you buy the product inside the USA (the best idea).”

The U.S. hopes to revive discussions as it tries to reach a deal. On Sunday, Kudlow said there is a “strong possibility” Trump will meet with Xi during the G-20 summit in Japan next month.