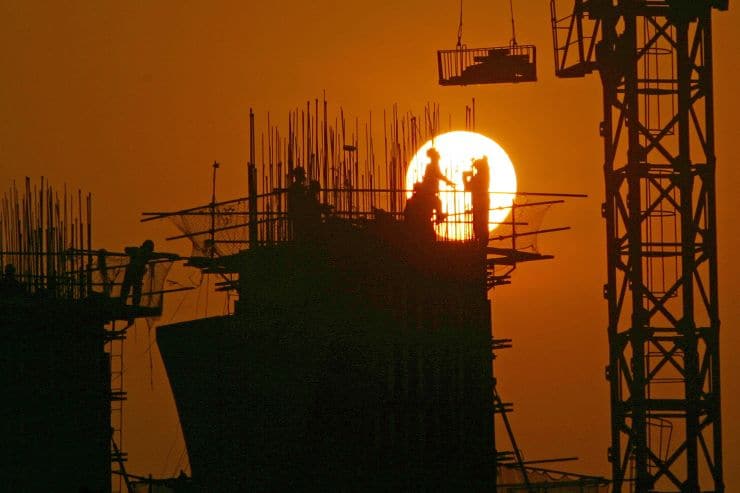 China’s claim of stronger-than-expected economic growth in the first part of this year may be tempting policymakers to pare back stimulus. Analysts say that would be a mistake.

The world’s second-largest economy expanded 6.4% in the first quarter from the same period in 2018, the government announced last week, slightly beating analyst predictions. An array of policies, including encouraging banks to make more loans, put in place last year as the economy took a hit from the U.S.-China trade war have been credited with helping boost activity.

But pronouncements since last week’s GDP figure, including after a meeting of the Communist Party’s powerful politburo, indicate that officials see the growth outlook improving, feeding speculation of a rethink in how much of a boost the economy may need.

A politburo statement issued Monday and reported by the official Xinhua news agency emphasized the economy’s strong start to the year but appeared to express concern about financial and real-estate markets. It said those sectors should be closely monitored for possible risks, suggesting worries about possible overheating.

“The slight change in tone is understandable due to the rapid build-up of debt and a potential irrational exuberance in stock markets and big cities’ property markets,” economists at Japanese investment bank Nomura said in a note Monday regarding the politburo statement.

Chinese stocks have been on a tear in 2019 after recording their worst performance in a decade in 2018. The benchmark Shanghai index is up about 29% so far in 2019 after losing almost 25% last year.

But, Nomura cautioned, China’s growth recovery is “not solid yet” and growth could falter again.

‘They’re not going back’

“They didn’t mention that they’re going to end the policy easing,” Xing said Tuesday on CNBC’s “Street Signs” of the politburo gathering.

“They’re relying more and more on fiscal easing,” he said, referring to a 2 trillion yuan (298 billion) package announced last month at the National People’s Congress that includes cuts to taxes and fees.

“It’s locked in, they’re not going back on that, there’s no possibility of scaling back the fiscal package,” Xing said, adding Morgan Stanley is still “confident that the overall policy mix is still supportive.”

China’s massive debt levels, which authorities were trying to bring under control before the trade war kicked in last year, are a major worry for policymakers.

Economists Larry Hu and Irene Wu at Macquarie Capital said that officials have to tread carefully as they will need to keep some stimulus in reserve in case the economy worsens.

“It’s understandable that policy makers have to reduce the intensity of stimulus once the economy shows signs of stabilization, as the amount of ammunition is limited,” Hu and Wu said in a note dated Sunday.

Stimulus is set to wane, they said, “as policy makers have to save the ammunition for the next dip, which should not be too far away, in our view.”