Europe’s economy appears to be experiencing a crisis of confidence 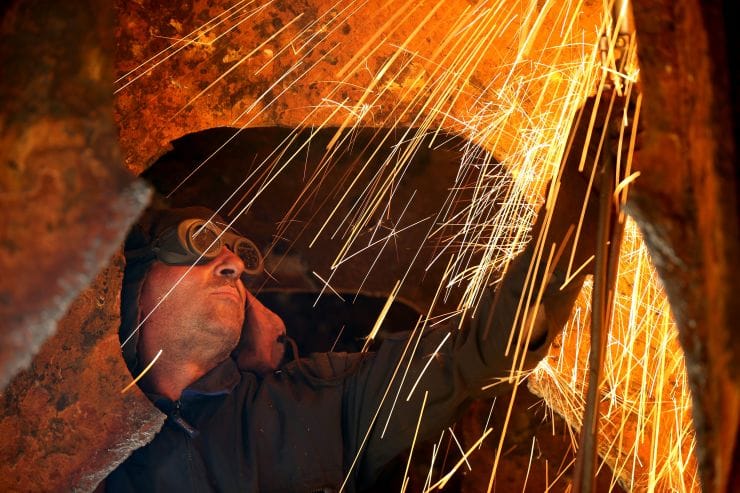 An array of data has pointed to worrying signs of a slowdown in the euro zone with further signs last week that Europe’s largest economy Germany is weakening. And more bad news could be on the way.

Euro zone industrial production data for February is due Friday and economists polled by Reuters expect it to have declined by 0.6 percent month-on-month.

“National data for February that have already been released show declines in total industrial production of 0.4 percent in Germany, 1.1 percent in Spain and 0.1 percent in Ireland,” Jack Allen, senior Europe economist at Capital Economics said in a note Friday, after what he said was “another set of weak economic data in the euro-zone” with specific reference to Germany.

The data came after IHS Markit’s purchasing manager’s index (PMI) released on April 1 showed the manufacturing sector figure in Germany for March had fallen to an 80-month low (of 44.1). A level under 50 indicates contraction.

Bad across the board

Germany’s economic data is closely watched as it is Europe’s largest economy, but declines in the manufacturing sector are evident throughout the region’s western economies.

In fact, the euro zone saw the greatest contraction of its manufacturing sector for nearly six years in March with its PMI at 47.5, down from 49.3 in February.

The euro zone’s major industrial producers all saw a decline although in some it was more marked than others; aside from the 80-month low in Germany, the manufacturing PMI hitting a two-month low in Ireland and Spain, three-month low in France and 33-month low in the Netherlands and 70-month low in Italy.

IHS’ Chief Business Economist Chris Williamson noted that “downside risks have intensified, and the trend could clearly deteriorate further in the second quarter. New orders are falling at a rate not seen since 2012, and disappointing sales mean warehouses are filling with unsold stock. ”

“Concerns over trade wars, tariffs, rising political uncertainty, Brexit and — perhaps most importantly — deteriorating forecasts for the economic environment both at home and in export markets, were widely reported to have dampened business activity and confidence,” he added.

Export-orientated economies like Germany are vulnerable to global trade shifts and the U.S.-China dispute. Concerns that Europe could be next with President Donald Trump threatening import tariffs on European cars, has also been seen a cause for concern.

Some economists see the slowdown as a symptom of a more global malaise and not a reason to write off Europe. There have been pockets of benign economic data too, such as retail sales increasing 0.4 percent in February, as well as a stronger-than-expected euro zone services PMI last week.

George Buckley, chief U.K. and European economist at Nomura, agreed that there are reasons to be optimistic about the euro zone. “We’ve seen some encouraging numbers from the domestic side, the services sector has held up better not just in Germany but across Europe, unemployment is very low and wages are up. So, there’s encouraging signs from the domestic sector,” he told CNBC’s “Squawk Box Europe” Monday.