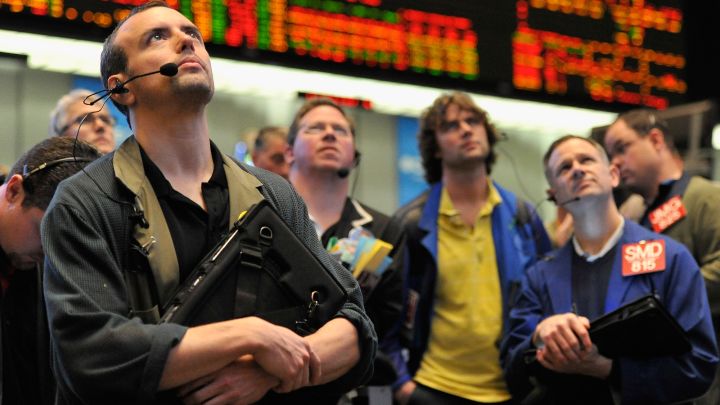 Things in the stock market might not be as rosy as they seem, according to one money manager.

In fact, they may be notably worse than the major averages — all of which are already up 12 percent or more for 2019 — might suggest, says David Spika, president of GuideStone Capital Management.

“We feel like the good news is largely, if not all, priced in. The big move off the bottom back on Christmas Eve has been largely around the Fed pause. That’s priced in,” Spika told CNBC’s “Trading Nation” on Thursday. “The other thing that gives us pause is the slowing in growth. Earnings growth has declined significantly. In fact, we’re estimating more than a 3% decline in first-quarter earnings growth, with full-year earnings growth of less than 4% versus 20% last year.”

In February, S&P Capital IQ estimated that first-quarter earnings could decline by a quarter of a percent and said full-year earnings growth expectations could be cut down to as little as 1.5% by the end of the first quarter.

“That’s not a recipe, in our mind, for further gains in the stock market,” said Spika, whose firm manages more than $12 billion in assets.

In addition to the lack of bullish catalysts, what’s making Spika especially cautious is the action in the bond market.

“The bond market tends to be a really good canary in the coal mine when it comes to future economic growth and future market volatility,” he said, citing the recent inversion in the 10-year/3-month Treasury yield curve and what he called the “precipitous” decline in the 10-year Treasury.

“When those two are telling completely different stories, I’m going to tend to lean toward the bond market, especially this late in the economic cycle with this many headwinds,” he said. “I don’t think that what we’re seeing in the stock market is really indicative of what we should expect later on in the year. I think the bond market’s probably telling a more realistic story.”

As it relates to investors, Spika sees a few ways to get around this potential weakness.

“I think investors today should be very cautious with their portfolios,” he said. “That doesn’t mean you bail out, it doesn’t mean you go to cash, because no one can time the market. But there are opportunities to look at asset classes that can protect your capital in a downturn. A defensive equity strategy, for instance, is something that would make a lot of sense right now. That’ll protect the downside while still giving you upside participation.”

Spika also likes “high-quality, investment-grade bond portfolios that aren’t too long-duration” on the assumption that interest rates won’t meaningfully rise in the near term.

“In our opinion, rates aren’t going any higher from here,” he said. “Growth would have to accelerate pretty significantly for rates to go higher. Bonds serve as a good way to generate a decent yield with rates being higher today, and also cushioning the volatility of an equity portfolio.”