Global recession fears are overblown, even as growth will stay ‘sluggish’ in 2019: PNC 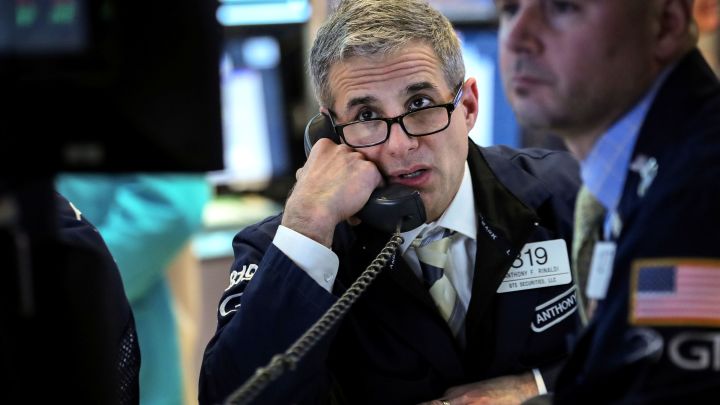 “I think, as we move into the second half of the year, this narrative of global growth potentially causing problems here in the U.S. is going to shift to a stabilization of global growth and then more of a focus on things like earnings,” Mills told CNBC’s “Futures Now” on Thursday.

Mills, who is co-chief investment strategist at PNC Financial Services Group, wasn’t as fazed by last week’s yield curve inversion as most of Wall Street was. Shorter-term Treasury yields crossing above their longer-term counterparts is widely seen as a sign of an oncoming recession.

Instead, he said investors should take the inversion with “a grain of salt,” saying it was more of a technically driven move than an outright signal of the U.S. economy hitting the brakes.

“There is a nuance going on in the fixed-income market right now,” Mills said. “It might be underappreciated.”

“Structurally, the yield curve is actually a bit flatter than it normally would be, so you could see more frequent inversions that don’t necessarily have to do with growth,” the strategist explained. “From a timing perspective, we all know that the variability between inversion and recession is pretty large, and you usually actually see positive S&P 500 returns between the initial date of inversion and the next recession. So it’s certainly not time to hit the panic button and sell right away. You have to acknowledge it, but I think we probably still have a little bit more time. ”

Mills also said that the world’s most pronounced areas of weakness, like the Chinese market, appear to be bottoming based on his analysis.

In China, for one, “you’re starting to see credit growth bottom, and typically that leads global PMIs,” Mills said, referring to Purchasing Managers’ Indexes, which serve as key indicators for the health of manufacturing and service markets around the world.

“Even if you look at Europe right now, it has been a bit of a black eye as it relates to global economic growth, … the Citi [Economic] Surprise Index looks like it’s starting to bottom,” Mills said.

And while fears of a recession in Germany have been simmering since the start of 2019, exacerbated last week by a worrying signal in the German bond market, Mills said the worst could be over there, too.

“I think the real ugliness of German data is probably behind us,” he argued, adding that uncertainty around Brexit has likely contributed to the weakness. “I think the German bund probably bottoms here. I think the downside to rates is probably a bit overdone. You actually saw the German 10-year Bund trade through the Japanese bond. That’s only happened twice in the last 30 years. So I think you probably see a bottoming out of rates here as you slowly start to see a stabilization of global growth going forward. ”

All in all, while Mills predicted global growth would stay “sluggish,” he doesn’t think it’s anywhere near time for investors to call it quits.

“I’m not forecasting some sort of huge reacceleration, but I think all we need to see is a stabilization right now given expectations,” Mills said.

U.S. markets closed broadly higher Friday on renewed optimism around a potential U.S.-China trade deal. The S&P 500 logged its best start to a year since 1998.