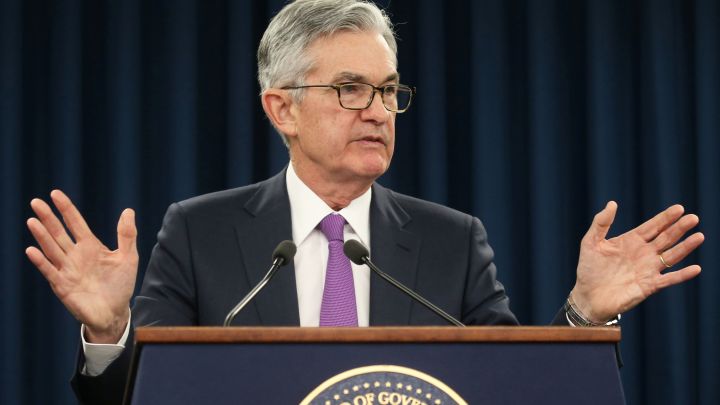 With investors over the past several months aggressively pricing in a friendly Federal Reserve, it seems the only thing the central bank could do at its meeting that wraps up Wednesday is disappoint.

After all, the market is anticipating that the Fed not only will keep rates the same on Wednesday, but also will switch from indicating two increases this year to none. It also expects officials to say that the reduction of the Fed’s bond holdings will end in a few months, and to issue a significant downgrade on the strength of the economy that would necessitate looser monetary policy.

Should the policy making Federal Open Market Committee not deliver on any of those measures, the result may not be pretty.

“Markets could be very disappointed to see more hikes on the horizon,” Joseph LaVorgna, chief economist for the Americas at Natixis, said in a note to clients. “If the Fed does not confirm these expectations, a renewed bout of market turbulence could begin.”

LaVorgna added that he does not expect meaningful adjustments in the Fed’s expectations for unemployment and inflation, a development that could make Wall Street nervous.

The markets have been remarkably sanguine to start 2019 after a brutal end to 2018. Worries that the Fed would be more hawkish, or prone to hiking rates and tightening monetary policy, sent Wall Street spiraling lower, with major averages briefly touching bear market territory.

It’s been a different story since central bank officials changed their rhetoric to start the year, and major averages all are up at least 11 percent.

That rally has coincided with a repricing of Fed risk.

Despite FOMC forecasts that still point to two more rate increases, the market is pricing in no chance of a rate hike by the end of the year, and in fact is indicating a nearly 30 percent probability of a cut, according to the CME “s tracker of fed funds futures trading.

Wall Street will be closely watching the Fed’s “dot plot” of individual members’ forecasts to be released Wednesday for whether the committee agrees with the market.

“There’s a lot of moving parts. They’re threading a needle on this one,” Marvin Loh, global macro strategist at State Street, said in an interview. “I don’t see how the dots are going to look like what the futures are saying right now.”

Indeed, the dot math is going to be difficult to get the median dot to zero hikes and even more so to a cut.

“It just seems that that’s not going to happen,” Loh said.

The other issue at hand will be the Fed’s balance sheet, which is not addressed through the dot plot or any of the other measurement guidelines central bank officials provide in the summary of economic projections.

Instead, communication on that will be left to the post-meeting statement, which some in the market expect could contain a timeline on when the Fed will halt the reduction in its bond portfolio along with indications of where bank reserves will be once the process is complete.

The committee began reducing its bond holdings in October 2017 by allowing a capped level of proceeds in Treasurys and mortgage-backed securities to roll off each month. The process has resulted in a reduction of about $450 billion, leaving the total balance sheet around $4 trillion.

While market experts disagree over the actual impact the balance sheet has had, the Fed has sought to assuage concern by pointing to an imminent halt to the program. Markets expect an official announcement that the roll-off of proceeds will end this year, though Wednesday’s announcement could include more specificity.

Should any of the language around the issue disappoint, that could cause more market problems.

“I think they’re going to be a little vague about the exact timing and level of bank reserves as they work through that,” Loh said. “I would add that into something that the market would expect to hear.”