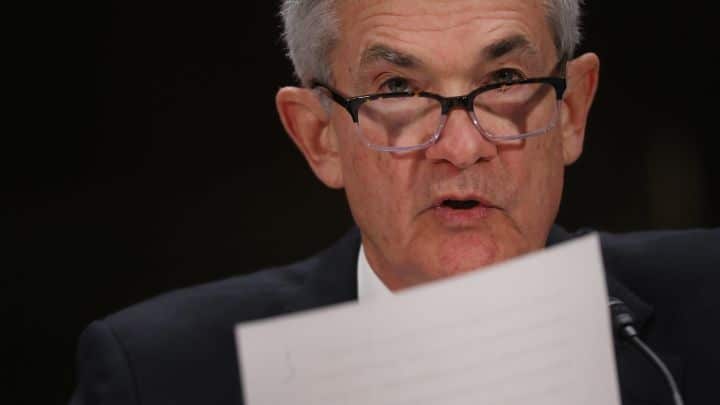 An increasingly popular theory espoused by progressives that the government can continue to borrow to fund social programs such as Medicare for everyone, free college tuition and a conversion to renewable energy in the next decade is unworkable, Federal Reserve Chairman Jerome Powell said Tuesday.

“The idea that deficits don’t matter for countries that can borrow in their own currency I think is just wrong,” Powell said during congressional testimony in the Senate.

The notion behind what is called “Modern Monetary Theory,” or MMT, is that as long as the Fed can keep interest rates low without sparking inflation, the national debt and budget deficit won’t be an issue. MMT has been espoused by politicians including Rep. Alexandria Ocasio-Cortez, D-N.Y., and Democratic presidential candidate Sen. Bernie Sanders of Vermont.

Powell conceded that he has not read up on the theory but said he has heard some “pretty extreme claims” about how it might be implemented.

Earlier in the hearing, the central bank chief issued another warning about U.S. fiscal policy, which he again called “unsustainable” over the long run.

Ocasio-Cortez and others have presented a “Green New Deal” resolution that would call for a government conversion away from fossil fuels over the next decade. Sanders and several of his fellow Democratic presidential hopefuls have called for a Medicare-for-all type of proposal that would overhaul the current system.

Sen. David Perdue, R-Ga., asked Powell about the theory, saying its advocates back a “spend-now spend-later spend-often policy that would use massive annual deficits to fund these tremendously expensive policy proposals.” MMT advocates figure the Fed would be a partner in funding these programs through easy monetary policy.

“Our role is not to provide support for particular policies … It is to try to achieve maximum employment and stable prices,” Powell said.