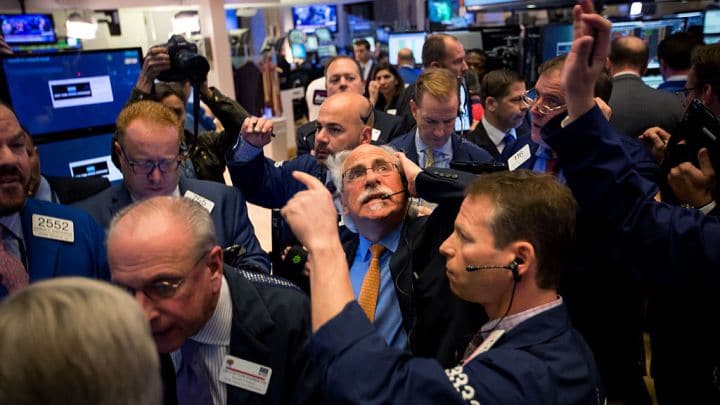 Archer-Daniels Midland — The grain processor dropped 5.9 percent after coming in four cents shy of estimates in the fourth quarter. Revenue was also short of Wall Street forecasts. ADM pointed to complicated and rapidly changing market conditions that put pressure on its fourth-quarter results.

Glu Mobile — Shares of the mobile gaming company tanked more than 13 percent following a disappointing quarterly result and weak forecast. While its revenue increased 19 percent in the fourth quarter, that was short of consensus.

Merck — The Dow Jones Industrial Average component rose 0.4 percent after an analyst at Bank of America Merrill Lynch named Merck its top pharmaceutical pick. The analyst cited the growing success of Keytruda, a drug used to treat cancer, as one of the company’s positive catalysts moving forward.

Alphabet — The parent company of Google fell as much as 1.6 percent after revealing declining advertising prices as well as rising costs. The stock rebounded, however, to close 0.9 percent higher.

Allergan — Allergan shares fell 0.4 a percent after hedge fund manager David Tepper increased pressure on the struggling drugmaker. In a letter to investors, Tepper said: “It should by now be readily apparent to all interested and responsible parties that Allergan requires a fresh approach.”