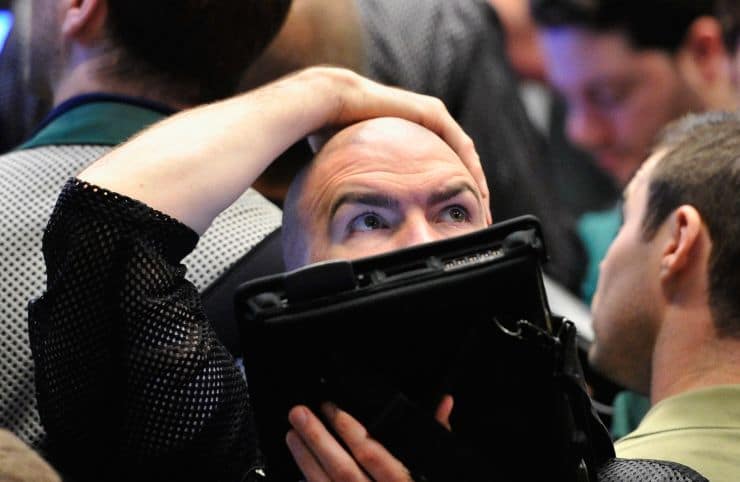 As a growing number of big-money folks around Wall Street are worried about a looming recession, Goldman Sachs’ economists aren’t very concerned at all.

While it may be a case of famous last words, the bank’s experts in fact say the U.S. economy is less prone to recession than it has been in the past, thanks to a confluence of factors that have emerged during the “Great Moderation.” The term refers to the controlled growth with less volatility that has prevailed through much of the period since the mid-1980s, with some notable exceptions.

Though the country has weathered several recessions including a financial crisis during that span, Goldman considers the economy of 2019 built to absorb the kind of shocks that would trigger negative growth.

“The changes underlying the Great Moderation appear largely intact, and some have even strengthened,” Jan Hatzius, the firm’s chief economist, said in a research note. “A look back at 100 years of US recessions suggests that several of the most important historical causes are less threatening today. While some new risks have emerged, on net we see the US economy as structurally less recession-prone than in the past.”

That contention runs counter to sentiment coming to some of the market’s brightest minds.

Billionaire investor Ray Dalio of Bridgewater Associates, for instance, told CNBC that he sees a “significant risk” for a recession in 2020. Fellow hedge funder Seth Klarman recently warned clients of a financial crisis in the pipeline. And even J.P. Morgan Chase CEO Jamie Dimon said that if policymakers don’t fix what’s wrong that the economy could find some rough waters.

Hatzius and his team, though, said the five traditional recession causes are not as bad a threat in today’s economy. He listed them as industrial shocks and inventory imbalances, oil shocks, excessive inflation, financial imbalances and fiscal tightening.

Of that group, he said financial imbalances — asset bubbles — are probably the biggest risk, but remain tempered as values do not appear excessive.

“The classic risks of financial imbalances and asset bubbles could re-emerge, and both the growing financialization of the US economy and the increased global transmission of financial shocks … could present new risks,” Hatzius wrote. “But risk from financial imbalances seems to be in abeyance at present, partly because of crisis-induced caution on the part of households, firms, and regulators.”

“More importantly,” he added, “the private sector remains in very good financial shape and looks much less vulnerable to a decline in asset prices or a tightening in lending standards than in the last couple of cycles.”

Investors, though, seem more worried about exogenous shocks — the U.S.-China trade impasse exploding, combined with messy geopolitical events like Brexit and weakening corporate earnings that suggest the 2017 tax cut boost may be waning.

Goldman, though, looked through the last century of recession history and found that they primarily fell into the aforementioned causes.

Addressing them individually, the economists found that industrial imbalances and inventory shocks are less prevalent now that companies have gotten better at calibrating inventories; oil shocks are less of a danger now that the U.S. has become more energy independent; fiscal tightening generally has happened only around “major postwar demoblizations” that haven’t occurred since the Korean War ended; and financial risk, while the cause of the Great Recession, is not prevalent today with the safeguards built into the banking system.

Hatzius notes that forecasts are getting more ominous, with economist outlooks pointing to a 25 percent chance of a pullback and market-priced risks around 50 percent.

“While new risks could emerge, none of the main sources of recent recessions … seem too concerning for now,” he said. “As a result, the prospects for a soft landing look better than widely thought.”