Bank of America CEO: US consumer is ‘very strong’ even as the world economy sees a ‘synchronized slowdown’ 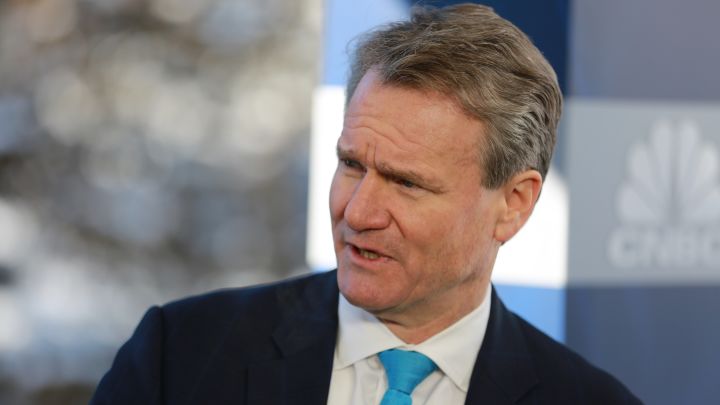 Bank of America Chairman and CEO Brian Moynihan told CNBC on Tuesday the American consumer remains confident despite headwinds in the United States and around the world.

“We think the consumer is very strong right now,” Moynihan said on “Squawk Box” from the World Economic Forum in Davos, Switzerland. “Very strong ending the year, fourth quarter was strong; Christmas was strong. January so far has been strong relatively.”

Based on BofA credit card and bank account data, Moynihan said consumer spending, while slowing, is still growing at about 5 percent to 6 percent. He said people are “spending a lot on experiences” such as dinners and travel even as signs emerge of a weakening global economy.

“It’s weakening from a faster growth rate. We went up a hill. Now we’re coming down a hill, but we’re still above zero, way above zero,” Moynihan said. He said BofA economists see a U.S. gross domestic product advance of 2.5 percent in 2019, with the first half stronger than the second. Looking to 2020, he said growth paces around 2 percent or a little below.

On Monday, China posted a growth rate for 2018 that was its lowest in 28 years, and .the International Monetary Fund trimmed its global growth forecast.

“Last year, we were talking about synchronized growth,” said Moynihan, referring to Davos 2018, when all signals were pointing to a robust global economy and the stock market was firing on all cylinders before tanking in late January and early February only to recover to record highs by September and then collapse again after that.

“This year it’s synchronized slowdown. But it’s a slowdown not a stop,” he added.

Wall Street was off to another strong new year start in 2019. Heading into this week’s trading, the Dow Jones Industrial Average and the S&P 500 were on four-session winning streaks, putting them at their highest closes since Dec. 6 and out of correction territory. The Dow and S&P 500 were on track for their best monthly gains since March 2016.