Hong Kong’s port has fallen behind rivals. Industry experts say it needs to be more competitive 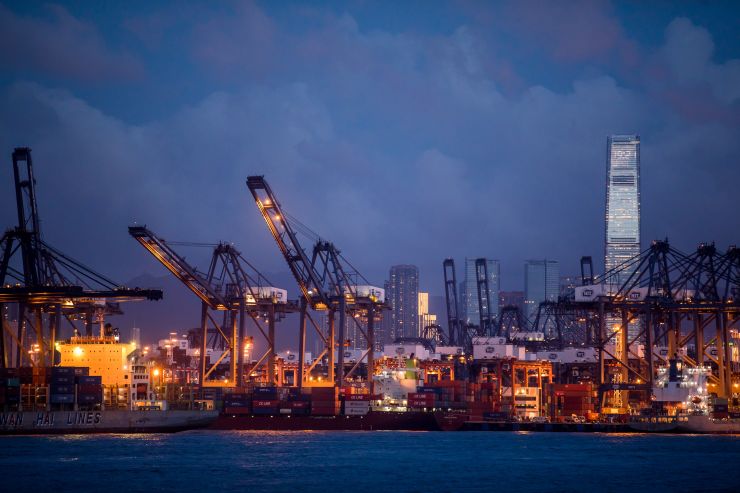 Since 2004, Hong Kong has gone from being the biggest port in the world in shipping containers processed to a ranking, according to Lloyd’s List, of fifth in 2017. Industry expectations are for further declines.

According to Lloyd’s List, Shanghai handled just over 40 million containers in 2017, which was nearly double Hong Kong’s total of less than 21 million.

Peter Levesque, group managing director at Modern Terminals, a container terminal operator, told CNBC’s Emily Tan on Monday that Chinese and other ports in the region have become more competitive and that has put pressure on Hong Kong.

“So we need to do something to stop that trend, to stop the downward trend, and to maintain Hong Kong’s competitiveness in the region,” Levesque said.

Modern Terminals and three other companies on Jan. 8 announced an alliance in hopes of gaining an edge by improving efficiency, and ultimately helping increase Hong Kong’s competitiveness.

The aim of the Hong Kong Seaport Alliance is to entice global shippers “to bring volume out of those other ports and bring it back to Hong Kong,” Levesque said.

Ports and logistics are a significant part of Hong Kong’s economy, with the sector employing in excess of 174,000 people and accounting for 3.2 percent of the city’s gross domestic product, according to the alliance.

The grouping, however, has drawn protests from shipping companies worried about possible increased costs as well as the attention of Hong Kong’s Competition Commission, which has launched a probe to see if the alliance poses a threat to competition.

“The Commission is carrying out this investigation as a matter of priority,” it said in a release on Jan. 10. “The opening of a formal investigation does not prejudge its outcome.”

The Hong Kong Shippers’ Council said in a statement on Jan. 9 that it was concerned over what it called the “overwhelming market position” of the alliance, which it put at 95 percent of the market.

Willy Lin, chairman of the council, said that he supports the idea of making Hong Kong’s port more competitive but said it remains unclear who will ultimately benefit from the alliance.

“We have no idea,” Lin said Monday on CNBC’s “Squawk Box,” adding that there are concerns the move could ultimately force some small companies out of business.

Levesque said the alliance is cooperating with the commission and is confident the proposal will win approval.

Jonathan Beard, an independent ports consultant, said that Hong Kong has not stood still over the years, but he stressed that its competitors have simply moved faster.

A decade ago, Hong Kong could charge a premium over other ports such as Shenzhen just across the border in mainland China, Beard said, because of better facilities, services and infrastructure.

“Gradually that has disappeared,” he told CNBC’s Paula Sailes.

“The decision to route through one port or the other is now very much price sensitive because they offer similar service qualities,” he added. “The competition is always relative. Hong Kong has improved its competitiveness but others have improved it more quickly.”