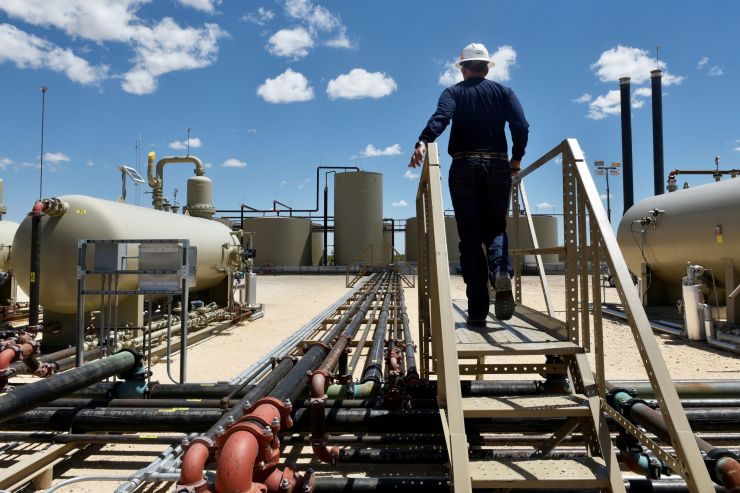 The investment bank now expects international benchmark Brent crude to average $62.50 a barrel this year, down from a previous forecast of $70.

Meanwhile, U.S. West Texas Intermediate (WTI) is expected to average $55.50 in 2019, down from a prior estimate of $64.50, the investment bank said in a research note published Sunday.

“We expect that the oil market will balance at a lower marginal cost in 2019 given: higher inventory levels to start the year, the persistent beat in 2018 shale production growth amidst little observed cost inﬂation, weaker than previously expected demand growth expectations (even at our above consensus forecasts) and increased low-cost production capacity,” analysts including Damien Courvalin and Jeffrey Currie said.

On Monday, oil prices continued to move away from December’s 18-month lows, with OPEC and non-OPEC production cuts providing some support.

Last month, OPEC agreed to take 800,000 barrels per day (bpd) off the market from the start of 2019. Pledges from 10 other producers aligned to the influential oil cartel, including Russia, brought total output cuts to 1.2 million bpd.

The aim of the energy alliance’s production cut is to rein in global oversupply, fueled mostly by the U.S., where production reportedly grew by almost 20 percent to nearly 12 million bpd by the end of 2018. That would make the U.S. the world’s biggest oil producer — ahead of OPEC kingpin Saudi Arabiaand non-OPEC heavyweight Russia.

Brent crude traded at around $58.28 on Monday, up around 2 percent, while WTI stood at around $49.07, more than 2.3 percent higher. Oil has gained more than 10 percent since last Monday, notching five consecutive days of price gains in the process.

Meanwhile, financial markets also offered some support for crude futures at the start of the trading week, with investors monitoring a fresh round of trade talks between the U.S. and China.

An ongoing trade war between Washington and Beijing has exacerbated concerns of an economic downturn over the coming months, which would likely hurt demand for oil.

“The oil market has priced in an excessively pessimistic growth outlook,” analysts at Goldman Sachs said, before adding: “This sets the stage for prices to recover as long as global growth does not slowdown below 2.5 percent.”