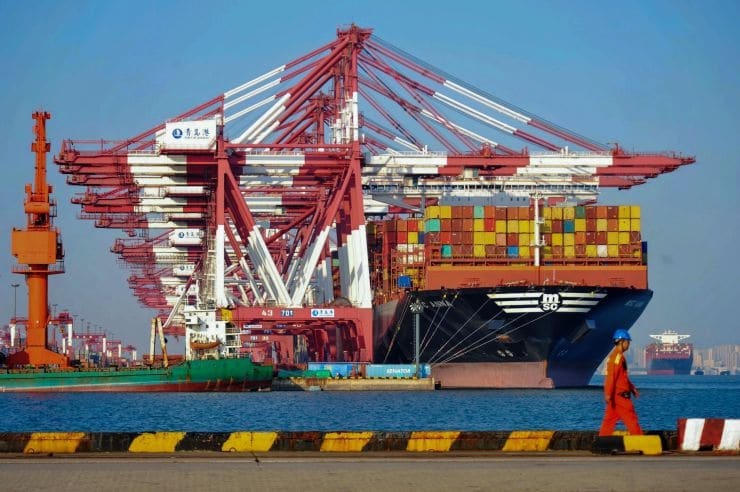 Emerging markets took a beating in 2018, but next year could be a completely different story.

The iShares MSCI Emerging Markets exchange-traded fund (EEM), which tracks a broad basket of EM stocks is trading in a bear market, down more than 20 percent from its 52-week high. EEM is also on pace to post its first yearly decline since 2015. ETFs that track Brazilian, Mexican, South Korean, Indian and Chinese stocks are also in a bear market.

Investors dumped shares of emerging markets while the Federal Reserve raised interest rates and as a trade war between the U.S. and China picked up steam. However, a potential slowdown in Fed policy tightening, a possible resolution to the U.S.-China trade war and valuations at multiyear lows could bolster these shares in the new year.

But the U.S. central bank’s tightening path moving forward is far more uncertain. Current market expectations are the Fed will not raise rates at all in 2019, according to the CME Group’s FedWatch tool. Scott Minerd, global chief investment officer at Guggenheim, told CNBC’s “Halftime Report ” on Wednesday that there is a 50 percent chance the central bank turns around and cuts rates.

“If those fears are taken off the table,” emerging markets could have a big bounce, Schutte said, referring to fears of tighter Fed policy.

A slowdown in Fed tightening, and even more so a reversal in policy, would give emerging markets a boost. Looser monetary policy from the Fed usually leads to lower rates and a weaker dollar, both of which can help increase emerging market exports to the U.S.

“2019 is going to be an onslaught of slower economic growth but there are some spots where we see opportunity. We’re still optimistic about EM,” said Brian Nick, chief investment strategist at Nuveen. “This year you had the worst conditions for emerging markets other than during the Great Recession.”

“You had a Fed that was more hawkish than expected. They weren’t expected to raise rates four times this year,” Nick said. “Then you had the U.S.-China trade conflict. If you had to shoot an arrow into EM investors’ hearts, this was it.”

China and the U.S. have slapped tariffs on billions of dollars worth of each other’s goods this year. This comes as the Trump administration seeks what it thinks are fairer trade conditions between the two nations.

This conflict has sent ripple effects through global markets as investors fret about its potential impact on corporate profits and the global economy. The spat has also had an outsized impact on emerging markets as tighter trade conditions hurt export-driven economies. The iShares MSCI ACWI ETF, which tracks shares from around the world, is down more than 13 percent this year. Meanwhile, EEM has dropped more than 18 percent in 2018. 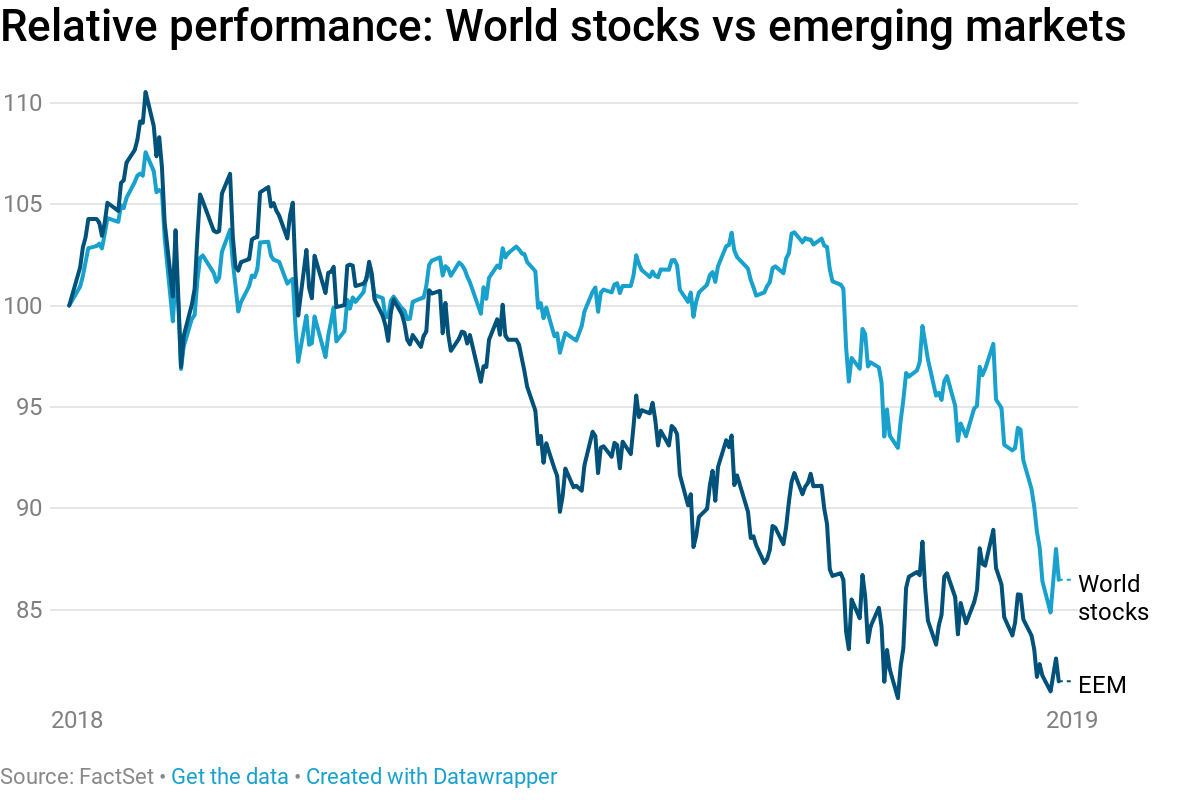 However, emerging markets — particularly China — could get a major boost if both sides resolve this issue, said Larry Benedict, CEO of The Opportunistic Trader platform. “I like the China versus U.S. trade,” he said. “At some point, we’re going to have to do some sort of permanent trade deal with them. If that happens, I think China can outperform the U.S. It’s the same thing with the EEM. I think there is some opportunity there.”

The Shanghai Composite has plunged more than 24 percent in 2018, while the iShares China Large-Cap ETF (FXI) is off more than 16 percent.

EM valuations are at most attractive levels in nearly 3 years

While this year’s plunge may have been painful for emerging market investors, it did make EM stocks far more attractive on a valuation basis. This year’s losses pushed the EEM’s price-earnings ratio — a widely followed valuation metric — down to 11.41, its lowest since February 2016.

“The valuation phenomenon is universal,” said Wasif Latif, head of global multi-assets at USAA. “As a class, we think EM will outperform the developed markets, even the U.S.”

He noted, however, that while valuations may be attractive, investors will continue to grapple with issues like global trade, which will keep emerging market shares volatile.

Next year “will be a year where volatility is still with us,” said Jin Zhang, a portfolio manager at Vontobel Quality Growth. But “I feel a bit more comfortable than I did this time last year. We’re starting out from a lower price point than where we were last year.”