Business investment in worst run since 2009 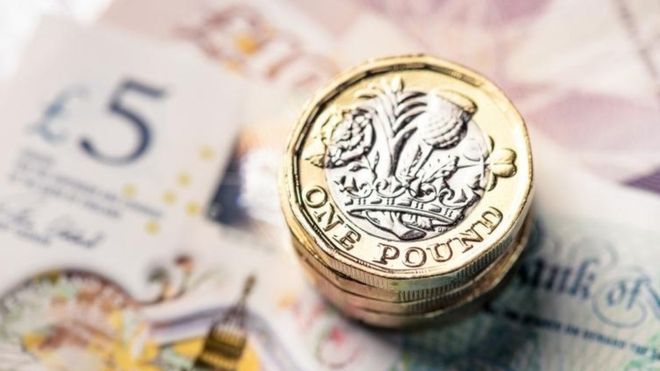 The Office for National Statistics (ONS) said investment fell by 1.1% in the July to September period compared with the previous quarter.

Borrowing was £7.2bn last month, down £0.9bn from a year earlier and the lowest November figure for 14 years.

Business investment comes from both private and public corporations and includes investments in transport, technology and buildings.

Many major businesses, including Jaguar Land Rover, Nissan, Airbus and BMW, have all warned that Brexit threatens investment levels in UK business operations.

Earlier this week, a host of British business groups criticised politicians for focusing on infighting rather than preparing for Brexit, warning that there is not enough time to prepare for a no-deal scenario.

Also on Wednesday, the Bank of England cut its UK growth forecast and warned a lack of Brexit clarity is hitting the economy.

The Bank said uncertainty over the UK’s departure from the EU had “intensified considerably” over the past month.

In a raft of official releases on Friday, the ONS also issued the latest balance of payments figures.

The ONS said the current account deficit – the difference between money flowing in and out of the UK – widened to £26.5bn in the third quarter. The figure was worse than expected and compares with a £20bn deficit in the previous three months.

Investment by firms in the likes of plants and machinery can fluctuate wildly from one quarter to the next. But the decline in this type of spending is the most prolonged since the financial crisis. There can be little doubt that the prolonged uncertainty over Brexit has caused paralysis in corporate spending: the level of investment is pretty much unchanged when compared with immediately before the referendum.

Add in government investment and only Japan, amongst the other major economies, has seen a bigger slide in the latest quarter. But our woeful investment record can’t be just blamed on Brexit.

This trend of underperforming can be traced back to the financial crisis. And that has implications for our longer term economic wellbeing. If there isn’t the investment in the infrastructure, tools and technology we need to become more efficient, then productivity suffers. That limits not only how fast output and profits can grow – but the size of pay rises businesses can afford to pay out.

The governor of the Bank of England, Mark Carney, has previously warned that this large current account deficit leaves the country dependent on “the kindness of strangers”.

The ONS also confirmed the UK economy grew by 0.6% in the third quarter from the previous three months, the same as a previous estimate.

Mr Kent-Smith also noted that households had spent more than they received for an unprecedented eighth quarter in a row, raising questions about their ability to keep on spending and driving the country’s economy.

Samuel Tombs, chief UK economist at Pantheon Macroeconomics, said consumers rather than business were keeping economic growth alive, but that could not last.

“The recent deterioration in consumers’ confidence and the pick-up in saving intentions suggests that growth in spending will slow in the near-term, even though real wages should start to rise at a faster rate,” he said.

“Accordingly, the latest national accounts do not inspire confidence that the economy will pull through the current political crisis unscathed.”