Amid global market volatility, Japan may end up being one of the best bets in 2019 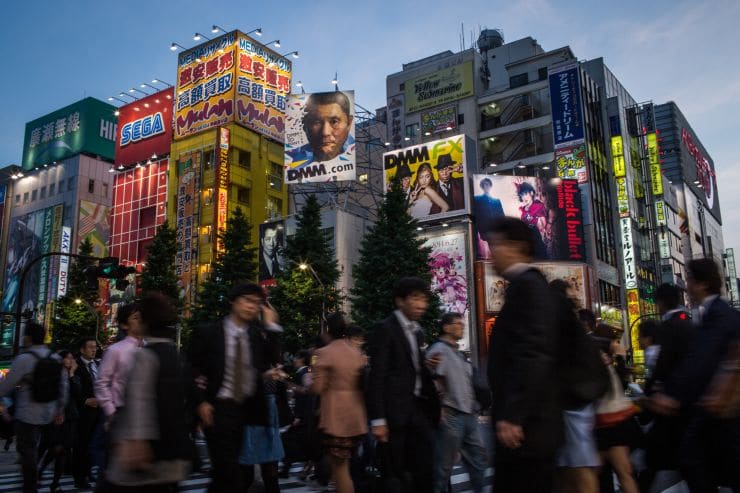 Japan faces fewer micro and macro economic issues compared to the U.S., Europe and China — and might end up being one of the best bets in 2019, according to Viktor Shvets, the head of Asian strategy for Macquarie’s commodities and global markets team.

Amid global market volatility and slowing growth that other economic giants are facing, Japan could be on a more sustainable path relative to the other countries, Shvets told CNBC on Tuesday.

Relative to the volatility around the world, “Japan is just calm,” Shvets said.

In the U.S., President Donald Trump’s administration and the Congress are divided, while Europe is preparing for the European Parliamentary elections and the replacement of the European Central Bank chairman next year, he said. Meanwhile, China also has its own trade and domestic challenges.

“It’s not necessarily that Japan doesn’t have issues. It is just the (Bank of Japan) knows exactly what they are doing. The government of Japan’s been managing the Japanese economy for well over three decades,” Shvets said.

Other positives in the economy include the private sector’s good health, Shvets added. “So I do think Japan actually might end up to be the best performing asset.”

OECD forecasts have shown that global growth estimates will likely dip in 2019 due to trade tensions and tightening financial conditions.

The U.S. and China, the two largest economic superpowers in the world, have been engaged in a bitter trade war for the most part of this year.

The U.S. has imposed duties on $250 billion of Chinese goods, and earlier threatened to slap tariffs on another $267 billion in imports. China, on its part, has retaliated by imposing tariffs on $110 billion of U.S. imports, targeting politically important industries such as agriculture.

While the two sides have agreed to a 90-day truce, most experts doubt that concrete steps to completely ease tensions between the two economic giants can be achieved in such a short time.

“What the U.S. wants China to do, China cannot give. What China would like U.S. to do, the United States cannot give,” Shvets said.

In addition to reducing the trade deficit with Beijing, Washington has also made issues over intellectual property and technology theft their priority.

Shvets pointed out that countries stealing technology from one another was nothing new, and has been going on since as early as the 19th century.

“Any economy that is emerging and is growing usually steals technology from other economies — that’s nothing new. Every single one of them from U.S., Germany, to Japan and Korea were doing it.”

The key is that China would like to continue engaging the world, Shvets said. “What they would like to do is to progress higher up the value chain, as quickly as they can. What the world cannot give to them is a continuation of the current environment,” he added.