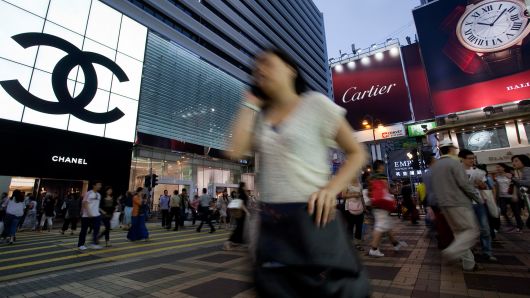 China’s clampdown on risky wealth management products and a push by global asset managers to sell funds in the country is set to channel about $6tn of capital into the mutual fund market over the next five years, according to a new report.

A “great wall of capital” has formed in China as a result of a rapidly growing, wealthier and ageing population, although a lot of this money is sitting in deposits and bank portfolios, said McKinsey, the consultancy firm.

However, a recent crackdown by Chinese regulators to curb off-balance-sheet lending by banks, and initiatives to spur the development of the asset management industry by allowing foreign asset managers to set up operations on the mainland, is expected to result in a flood of capital into mutual funds.

This year, China’s securities regulator ruled that foreign asset managers could control 51 percent of a local securities joint venture, further opening the gate for overseas mutual fund companies to set up onshore. Efforts by foreign asset managers to establish businesses in mainland China have historically been hampered by numerous regulatory restrictions, which are increasingly loosening.

At the end of last year, Chinese authorities tightened rules to stop banks from offering retail investors wealth management products marketed as higher-yielding alternatives to deposits. The regulation will mean trillions of dollars sat in these products will “be looking for a home over the next couple of years”, said the McKinsey report.

“The big opportunity is China,” said Jacob Dahl, a senior partner at McKinsey, based in Hong Kong. “About 40 percent of Asia assets under management is currently in China.”

China has seen strong inflows from foreign investors despite its trade war with the US. Figures from Z-Ben Advisors, a data and analytics company, show that foreign ownership of Chinese equities and bonds has grown 64 percent to $435bn over the past 12 months.

Asia more broadly has the fastest growth in the number of affluent and high net worth individuals globally. Hong Kong recently surpassed New York City as the place with the highest concentration of ultra high net worth people, according to a report by data firm Wealth-X.

Asia’s wealth market, comprising personal finance assets that are largely held with banks and insurers, is poised to more than double by 2025 to $30tn, overtaking the US and western Europe. McKinsey said high net worth individuals, rapid GDP growth and the rise of entrepreneurs are “producing a strong affluent cohort”.

Although the opportunity is lucrative, foreign fund managers face numerous challenges. One is the need for a local distribution partner in China to have brand traction among domestic investors. “I do see there being more partnerships between assets managements and some of the Chinese technology platforms,” said Mr. Dahl.

“Tech firms such as Ant Financial, Ping An, and Tencent have had successes so far in money market and deposit products,” he added. “But with regulators discouraging flows into these products, it would be no surprise to see more retail fund offerings on these companies’ mobile apps.”

Global asset managers are also nervous about taking the plunge, given the uncertainty over the trade war with the US, and the cost of resources needed to enter the market. One chief executive told McKinsey: “You don’t need to be the first firm in a given Chinese market, but you can’t be the tenth. We like being the second or third.”