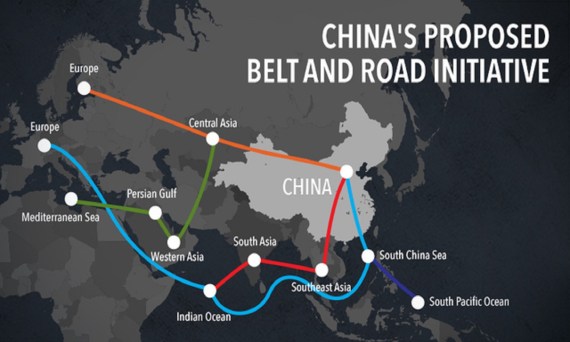 BUCHAREST, Sept. 22 (Xinhua) — The Belt and Road Initiative (BRI) is significant for the world economy, as it aims to develop infrastructure which is the first step towards progress, said experts here at the weekend.

“The most significant merit of this initiative is that it aims at developing infrastructure at a continental and global scale,” said Florin Bonciu, an economist with the Institute for World Economy of the Romanian Academy, at a two-day academic round-table entitled “Challenges of adjusting to a changing global economy in the 21st century.”

“Infrastructure is a prerequisite for development and it has a multiple effect at many levels,” said Bonciu.

The economist was echoed by his colleague Iulia Monica Oehler-Sincai, who said: “In its 40 years of reform and opening-up, China has demonstrated that developing infrastructure is the first step towards progress. It wants to share with the others its experience and available funds.”

According to Oehler-Sincai, the BRI is a project of the largest scale ever proposed by a single country and it offers affordable loans and development chances.

Proposed by China in 2013, the BRI refers to the Silk Road Economic Belt and the 21st Century Maritime Silk Road, which are aimed at building a trade and infrastructure network connecting Asia with Europe and Africa along the ancient trade routes of the Silk Road on land and at sea.

Doru Costea, former Romanian ambassador to China, said “the BRI is part of China’s creative efforts to shape new relations with the world.”

People are now turning their eyes to the East for solving major problems and memorandums of understanding already signed under the BRI illustrate the extent to which the initiative is popular in the world, the former ambassador added.

Elke Fimmen, a research fellow with International Schiller Institute, a think-tank in Germany, characterized the BRI as “an unprecedented catalyst for global growth.”

At the meeting, the experts also shared their views on the BRI’s role in promoting the infrastructure of Central and Eastern European (CEE) countries.

“The Belt and Road Initiative is perceived as an opportunity for CEE countries to address the needs of development,” said Cristian Moisoiu, a research fellow with the Institute for World Economy.

Bonciu stressed that from Romania’s point of view, the BRI may be beneficial because any project that develops economic activities, even in neighboring countries and regions, can offer potentially more business for Romanian companies.