Japan posts fastest economic growth since 2016 in the second quarter 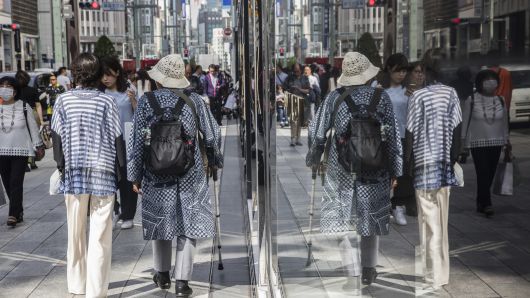 Japan’s economy grew in April-June at its fastest pace since 2016 thanks to capital spending rising more quickly than earlier estimated, although global trade tensions and a string of natural disasters pose risks to the outlook.

Revised Cabinet office data showed the economy grew an annualized 3.0 percent in April-June, handily beating economists’ median estimate for 2.6 percent gain and posting the fastest growth since the start of 2016.

The preliminary reading was for a 1.9 percent expansion.

The economy’s improved performance should be a relief for policymakers worried about fallout from a trade war between the United States and China, which could derail global growth and in turn damage Japan’s export-reliant economy.

A recent run of soft data, including exports and factory output, had fuelled doubts in the strength of the economy.

A series of natural disasters such as floods, last week’s typhoon and an earthquake severely disrupted business and consumer activity, adding to concerns about growth this quarter.

The updated second-quarter growth showed quarter-on-quarter expansion of 0.7 percent in real, price-adjusted terms, compared with an initial reading of a 0.5 percent growth and the median estimate for a 0.7 percent gain.

The capital expenditure component of GDP grew 3.1 percent in April-June from the previous quarter, versus the median forecast for 2.8 percent growth, and the preliminary 1.3 percent gain. It was the fastest increase since the start of 2015.

Capital expenditure has been a bright spot in Japan’s economy, the world’s third largest, but companies remain cautious about sharing more of their profits with workers, keeping a lid on private consumption and inflation.