US and China could soon prompt a ‘big slowdown’ in global growth, former bank regulator warns 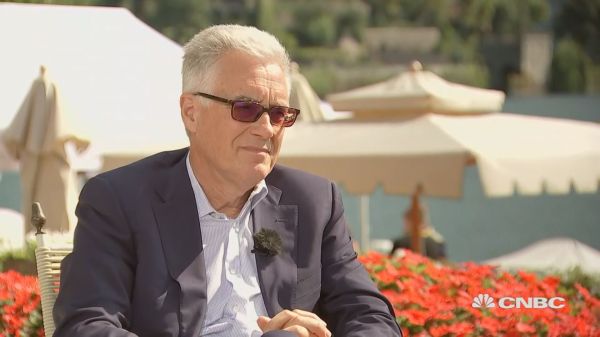 The economic policies being pursued by the U.S. and China could bring about a massive slowdown in global growth, according to Britain’s top former bank regulator.

Economic growth in the U.S. remains robust in 2018, yet in much of the rest of the world signs of deteriorating momentum have emerged since the start of the year.

Strong and synchronized global growth in 2017 appears to have given way to a more varied outlook, with escalating global trade tensions — notably, between Washington and Beijing — keeping financial markets on edge.

Investors are also keen to see how a package of massive U.S. tax cuts, instigated by Trump in late 2017, affect the economy.

“The sheer scale of the Trumpian expansion in the U.S. could lead to inflationary pressures which produce a faster increase in U.S. interest rates than we anticipate. And that may then produce quite a sudden slowdown in the U.S. economy,” Adair Turner, former chair of the U.K. Financial Services Authority (FSA), told CNBC’s Steve Sedgwick at the Ambrosetti Forum in Italy on Saturday.

Simultaneously, he argued China’s ongoing efforts to rebalance its economy away, generally away from construction and towards consumption, were likely to prompt a slowdown in global economic growth.

“Those two things together could produce a big slowdown in the global economy in 2020. Then a slowdown in the European economy, and where do I think the trouble will then arise? Well, maybe right here (Italy).”

“Italian government debt is only sustainable if the Italian economy keeps going. You just need a small recession across the European Union … And we could be back to talking about what are you going to do about Italian debt?” Turner said.

Italy’s coalition government is poised to present its 2019 budget next month, setting out its economic and financial plans for the coming year.