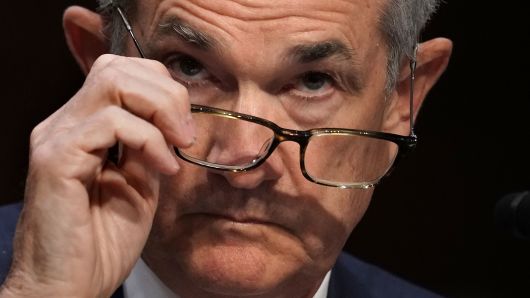 Finally, the Fed may see the start of the inflation trend it’s been waiting for — and that could provide some reinforcement for markets that it’s seriously on a path to raise interest rates two more times this year and several more next year.

The Fed has long targeted 2 percent inflation, but its favorite measure of inflation, the core personal consumption expenditures price index has stubbornly lagged, managing to hit that level just twice since April 2012. The last time it reached 2 percent was last March.

But core PCE, without food and energy, is expected to be up 0.2 percent in July, or an annual pace of 2 percent, according to Thomson Reuters. The PCE is reported with personal income and spending data being released Thursday at 8:30 a.m. ET.

“It does make it easier for the Fed to say this is why it’s appropriate that we continue to normalize,” said Michelle Girard, chief U.S. economist at NatWest Markets.

Girard expects core PCE to be at 2 percent again in August, and to peak at 2.1 percent in September. But while she sees a firmer trend, she says it should hold just above 2 percent for the rest of the year.

“The Fed’s view that the weakness in 2017 was transitory has been validated. You’re basically holding around the target level,” said Girard.

The Fed is expected to hike rates in September and in December, but the market has been debating what policymakers will do next year, despite their forecast for three rate hikes in 2019. Lagging inflation has been one factor in the argument made by some strategists and economists that the Fed could pause at some point in the next year.

Girard does not expect the Fed to keep to its 2019 forecast of three rate hikes, and she sees just two hikes next year as it gets closer to the neutral rate, or the interest rate level that it no longer believes is stimulative.

She said the slightly higher inflation level fits with Fed Chair Jerome Powell’s comments last week that the Fed can continue on a gradual path, and that the economy is strong while inflation is not expected to get out of hand. “There’s no reason for them to move at a quicker pace,” she said.

The PCE inflation report follows a surprise jump in July’s consumer price index, a more broadly watched measure of consumer inflation. The annual increase in the core CPI to 2.4 percent was the largest rise since September 2008, from 2.3 percent in June. Girard does not expect CPI to stay as elevated after its surprise increase. CPI was boosted in part by a jump in shelter costs, hotel prices, air fares and car prices.

The CPI typically shows a higher pace of inflation than the personal consumption expenditures index. According to the Cleveland Fed, one big difference between the two indexes is that unlike the CPI, the latter index covers expenses that are not paid directly by consumers, like medical costs covered by insurers. The CPI reflects out of pocket payments by consumers for goods and services.