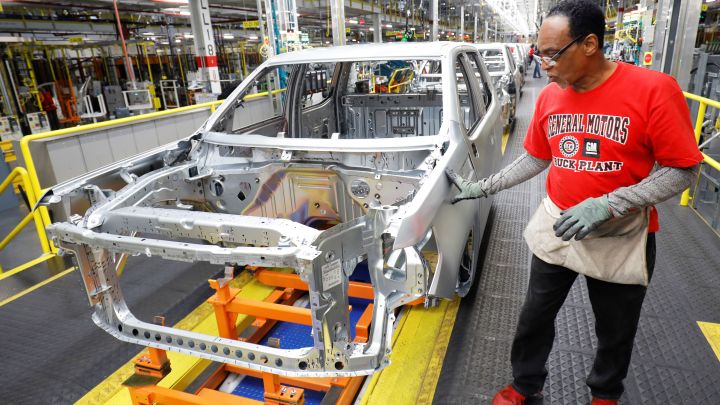 U.S. economic growth was a bit stronger than initially thought in the second quarter, notching its best performance in nearly four years, as businesses boosted spending on software and imports declined.

Gross domestic product increased at a 4.2 percent annualized rate, the Commerce Department said on Wednesday in its second estimate of GDP growth for the April-June quarter. That was slightly up from the 4.1 percent pace of expansion it reported in July and was the fastest rate since the third quarter of 2014.

Compared to the second quarter of 2017, the economy grew 2.9 percent instead of the previously reported 2.8 percent. Output expanded 3.2 percent in the first half of 2018, rather than 3.1 percent, putting the economy on track to hit the Trump administration’s target of 3 percent annual growth.

But the robust growth in the second quarter is unlikely to be sustained given the one-off drivers such as a $1.5 trillion tax cut package, which provided a jolt to consumer spending after a lackluster first quarter, and a front-loading of soybean exports to China to beat retaliatory trade tariffs.

The government reported on Tuesday that the goods trade deficit jumped 6.3 percent to $72.2 billion in July as a 6.7 percent plunge in food shipments weighed on exports.

While consumer spending has remained strong early in the third quarter, the housing market has weakened further with home building rising less than expected in July and sales of new and previously owned homes declining.

The Trump administration’s “America First” policies, which have led to an escalation of a trade war between the United States and China as well as tit-for-tat tariffs with the European Union, Canada and Mexico, pose a risk to the economy.

Economists had expected second-quarter GDP growth would be revised down to a 4.0 percent pace. The economy grew at a 2.2 percent rate in the January-March period.

An alternative measure of economic growth, gross domestic income (GDI), increased at a 1.8 percent rate in the second quarter. That was a moderation from the first quarter’s brisk 3.9 percent pace.

The average of GDP and GDI, also referred to as gross domestic output and considered a better measure of economic activity, increased at a 3.0 percent rate in the April-June period. That followed a 3.1 percent growth pace in the first quarter.

The income side of the growth ledger was held back by after-tax corporate profits, which grew at an 2.4 percent rate last quarter, decelerating from the 8.2 percent pace logged in the first quarter.

Growth in consumer spending, which accounts for more than two-thirds of U.S. economic activity, was lowered to a 3.8 percent rate in the second quarter instead of the previously reported 4.0 percent pace. Consumer spending increased at a 0.5 percent pace in the first quarter.

Imports declined at a 0.4 percent rate, with petroleum accounting for much of the drop. Imports were previously reported to have grown at a 0.5 percent pace of increase.

The front-loading of soybean exports, however, depleted farm inventories. Overall, inventories declined at a rate of $26.9 billion instead of the $27.9 billion pace reported last month.

Inventories subtracted 0.97 percentage point from GDP growth in the second quarter instead of the previously estimated 1.0 percent. Business spending on software was revised up to a 0.23 percent growth rate from a 0.12 percent pace.