Global markets continue the bull-run, but have they forgotten Turkey? 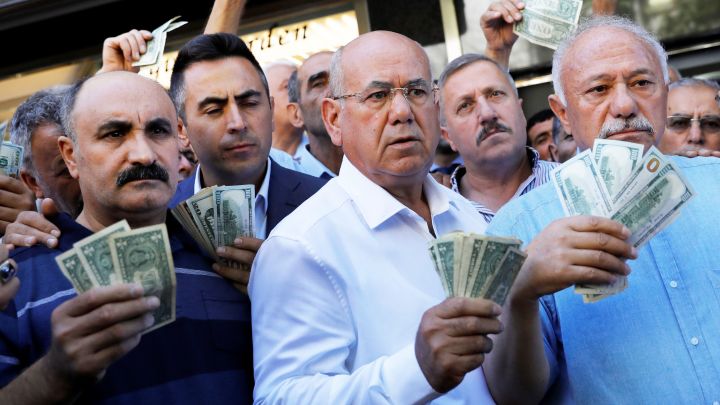 Economic stress in Turkey is usually the first warning signal for an abrupt shift in risk tolerance for global markets.

The fear is that despite alarm around the Turkey crisis being dialed back, and U.S. markets continuing to stretch out the bull market, a full-blown market event could still be brewing, just like in the past when Turkey headwinds worked their way up into a storm for developed markets several months later.

Another beacon of market stress is Dr Copper, as it too has flashed warning signals about ailments in the global economy.

The two red lights have caused some investors to pause for thought, while others have taken pre-emptive action and de-risked portfolios finding safety in cash with U.S. Treasury yields close to 3 percent.

Markets have been uncomfortable this year for hedge funds, fund managers, retail investors… only a handful appear to be enjoying the ride. Uncertainty is elevated, even if it’s not reflected in the the CBOE Volatility Index (VIX), the so-called fear gauge.

For instance, take the bipolar view on emerging markets (EM) – that anti-emerging market sentiment had risen to peak levels, and that was before the Turkey crisis hit. Yet others see the positioning as merely a buyer’s guide, a sign that EM is well and truly ripe for a short squeeze.

Bank of America Merrill Lynch Global Research told CNBC this week that EM should lead any bounce in risk assets. Diana Amoa, fixed income portfolio manager at J.P. Morgan Asset Management, is also optimistic, encouraged by the performance of EM bonds during the height of the Turkey crisis. She told CNBC recently that sentiment in EM bonds was not as bad as in 2015 when everyone just wanted to get out. What could spur risk on? The obvious catalyst is any breakthrough in the trade war between the U.S. and China.

So the question remains: are the recent signals from Turkey and copper showing a false positive?

The underlying reason why EM has struggled this year is due to the retreat by the U.S. Federal Reserve from extraordinary monetary policy, lifting the dollar and U.S. yields. It has also made markets more sensitive to noise such as the political wrangling from the White House on trade and everything else.

It’s hard to see the Fed cooling its heels near-term as it keeps a keen eye on inflation and attempts to bank some ammunition for the next crisis. Any relief rally on a trade resolution may be short-lived and it’s the same for developed markets. Technical analysts are calling a short-term pop in stock prices on Wall Street, but struggle to see how longer-term gains can hold.

Consensus is growing that the end is near for the bull market, that 2019 or 2020 will bring an end to the economic expansion that means we are in the last heady times of market ascent. But, remember market timing is often a weak area for investors, hence the common advice, don’t try and time the markets.

So is Turkey telling us the party is over? The chances are high that it will have again served as an early warning signal for investors.